The panel held that the judgment of the lower tribunal could not be set aside unless where it was perverse. 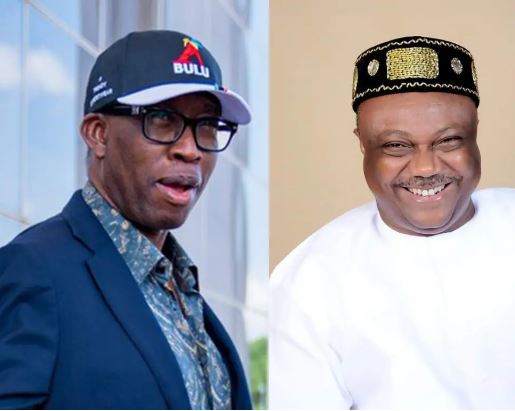 The Court of Appeal sitting in Abuja on Friday dismissed the suit filed by the All Progressives Congress (APC) and its candidate, Great Ogboru against the election of Ifeanyi Okowa as Governor of Delta State.

A five-member panel of the appellate court led by Justice Uzo Ndukwe-Anyanwu, in unanimous judgment, dismissed the appeal for lack of merit and upheld the judgment of the lower tribunal.

The panel held that the judgment of the lower tribunal could not be set aside unless where it was perverse.

The judges held that the appellant failed to prove their case.

Respondents in the appeal were Okowa, the Peoples Democratic Party (PDP) and the Independent National Electoral Commission (INEC).

Ogboru and his party, APC had prayed the court to upturn the decision of the Delta Governorship Election Petition Tribunal which returned Okowa for a second term as governor of Delta.

In his reaction, Okowa urged Ogboru to join hands with him to build the state.

The governor, who spoke through the Secretary to the State Government, Chiedu Ebie, said, “This is a reaffirmation of the events of the March 9th when more than 900,000 Deltans voted for the re-election of my administration.

“On the Sept. 20, the Tribunal ruled that I (Okowa) was validly elected and today, Nov. 15 is a further reaffirmation of that by the Appeal Court.

“We asked the opposition to join us in building a stronger Delta,” he said.