Rumours had it that Tonto Dikeh assaulted some security operatives in the Middle East and was arrested. 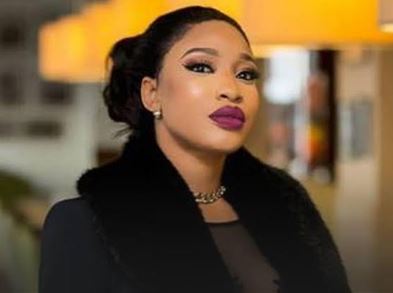 Tonto Dikeh shuts down reports of being arrested and deported from Dubai following an altercation on Friday night at a hotel.

According to reports, the controversial actress reportedly engaged in a fight with a security guard and the issue escalated, hence was whisked away to an unknown location.

Tonto Dikeh in a new video making rounds online, debunked the claims and bragged that nobody can touch her as King Tonto'.

Several Nigerian celebrities have been holidaying in Dubai in the last two weeks.