A man has been caught while trying to steal some panties from the apartment of a FUTA student. 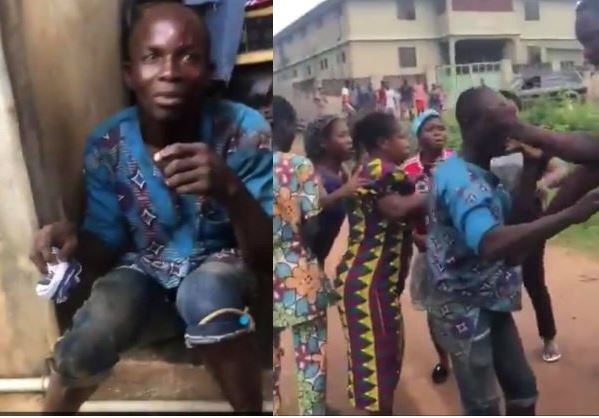 A video has emerged online showing how a man got more than he bargained for after being caught red-handed trying to steal panties.

The man was allegedly caught trying to steal the panties from the apartment of a female student of Federal University of Technology, Akure.

The unidentified man was thereafter subjected to jungle justice by an angry mob after he was apprehended.

Below is a video from the scene of the incident: