Senator Ovie Omo-Agege and Mrs. Ibijoke Sanwo-Olu have advocated for a more stringent law for rape and sexual abuse in the country. 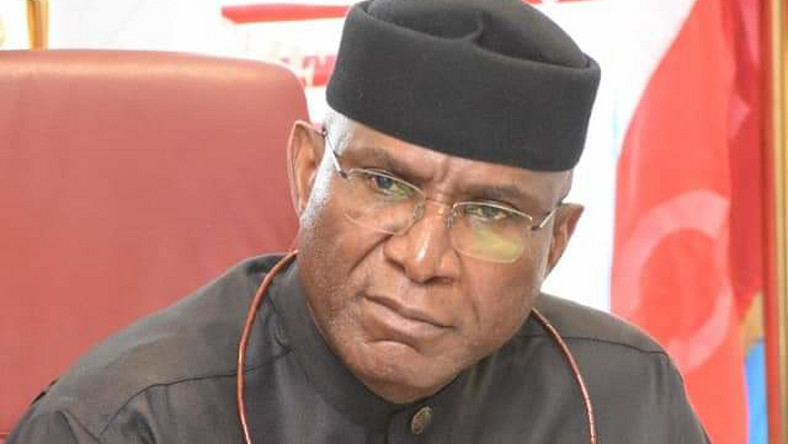 Deputy Senate President, Senator Ovie Omo-Agege and Wife of Lagos State Governor, Mrs. Ibijoke Sanwo-Olu have advocated for more potent laws that would protect the girl in the face of escalating incidence of rape and sexual abuse in the country.

Senator Omo-Agege and Sanwo-Olu, who strongly condemned the trends while speaking, weekend during the launching of campaign against rape and sexual abuse in Abuja, collectively described rape and sexual harassment as bestial act that must be stamped out of any sane clime

The campaign was organised by Federation of West African freelance Journalist Association, FWAFJA, in collaboration with National Council of Women Society, National Orientation agency, NOA, Ministry of women Affairs among others.

In his remarks earlier, Senator Omo-Agege said the challenge of rape and sexual harassment of the Nigerian child is still very much with us, adding that, “It seems to me that the problem has persisted due to the fact that either the laws leave a lot of loopholes or the prescribed punishment is not stringent enough or both.

He pointed out that, “Another area of obvious deficiency is in the social issues that surround the subject. Many parents and families for that matter are wary of stigmatisation which their child or children may suffer, sometimes for a life time should it become public knowledge that they have been defiled.

“To this extent, there is non-disclosure of many incidents of abuse of the child. Yet, such non-disclosures most times do not obviate the psycho-social damage which such predatory acts inflict on the child , sometimes following the victim for the rest of his or her life.

Senator Omo-Agege, who was represented by his Senior Special Assistant on Electronic and New Media, Lara Owoeye-Wise stressed further that, he was of the opinion that “We should go back to our legal instruments that protect the child from sexual as well as other forms of abuse.

“This is with a view to strengthening them. And we at the National Assembly are looking at these setbacks, with a view to making our laws more potent. We should also as a matter of national reorientation have a change of attitude with regards to stigmatising victims of child rape.

“Let the stigmatisation go to the culprits of child abuse and not the victims in line with customs of old. Further to maintaining our customs, we must return to our most prized heritage as Africans, namely, family values. Parents must take out more time to raise their children to be better citizens.”

The wife of Lagos State Governor, Mrs. Ibijoke Sanwo-Olu in her remark noted that rape or sexual abuse is a bestial act that must be stamped out of any sane clime because survivors of rape usually face very excruciating difficulty, painful emotions and experiences.

She said, “For us in Lagos State, sexual abuse is an evil that must be confronted frontally, and we are leaving no stone unturned in naming, shaming and sanctioning perpetrators in line with the law.”

Represented by Mrs. Motocani Ladipo, Senior Special Assistant to the Lagos State Governor,  Mrs. Sanwo-Olu said the state has an agency under the Ministry of Justice named Lagos State Domestic and Sexual Violence Response Team, DSVRT, that is wholly dedicated to total eradication of sexual and gender based violence in the state.

In his remarks, the founder of the Anti-Rape and Sexual Abuse Campaign,  Amb. Abayomi Runsewe said increase in case of rape is a cancer that must be stopped before it consume all of us.

Runsewe added that, “Rape and sexual abuse is now a menace that concerns the society at large”, adding, “We must al join hands together and fight this disgraceful act.”