Bayelsa Election: Why Jonathan Is Happy About APC Victory - Abubakar


The Independent National Electoral Commission (INEC) declared David Lyon of the All Progressives Congress (APC) as the winner after polling 352,552 votes. 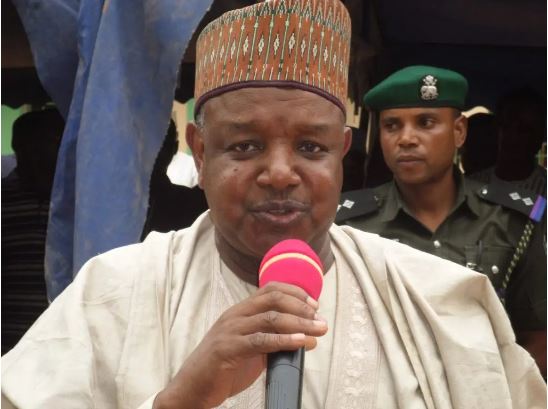 NAN reports that Abubakar on Monday at the Presidential Villa, Abuja, said despite being in another party, Jonathan was pleased because the victory of the All Progress Congress (APC) was transparent.

The Independent National Electoral Commission (INEC) declared David Lyon of the All Progressives Congress (APC) as the winner after polling 352,552 votes.

Abubakar said: “We were in Bayelsa for over 72 hours, we didn’t see a tyre burning, we didn’t see people running, we didn’t hear a gunshot, everyone was celebrating in all the areas we passed, which shows the acceptance of our candidate, our party and the process itself.

“It is equally noteworthy that Bayelsa is a home of a former president of Nigeria and this election won by a party different from the one he belongs, has been accepted by all including people around him.

“And so far, from what we hear, he is also happy with the outcome irrespective of the difference in the party, which is an indication of the transparency of the process.

“Many people worked hard in making this happen, most importantly, Mr President, who has always shown the party that win or lose we should aim for free, transparent and fair elections.

“That is what will guarantee peace, confer legitimacy and support for elected persons to proudly execute the mandate that they are given. And in Bayelsa we have seen a demonstration of that. Everyone is talking about how free, transparent and fair the election was.”