Fans have been thrilled as it has been revealed that BBNaija star is about to make his Nollywood debut. 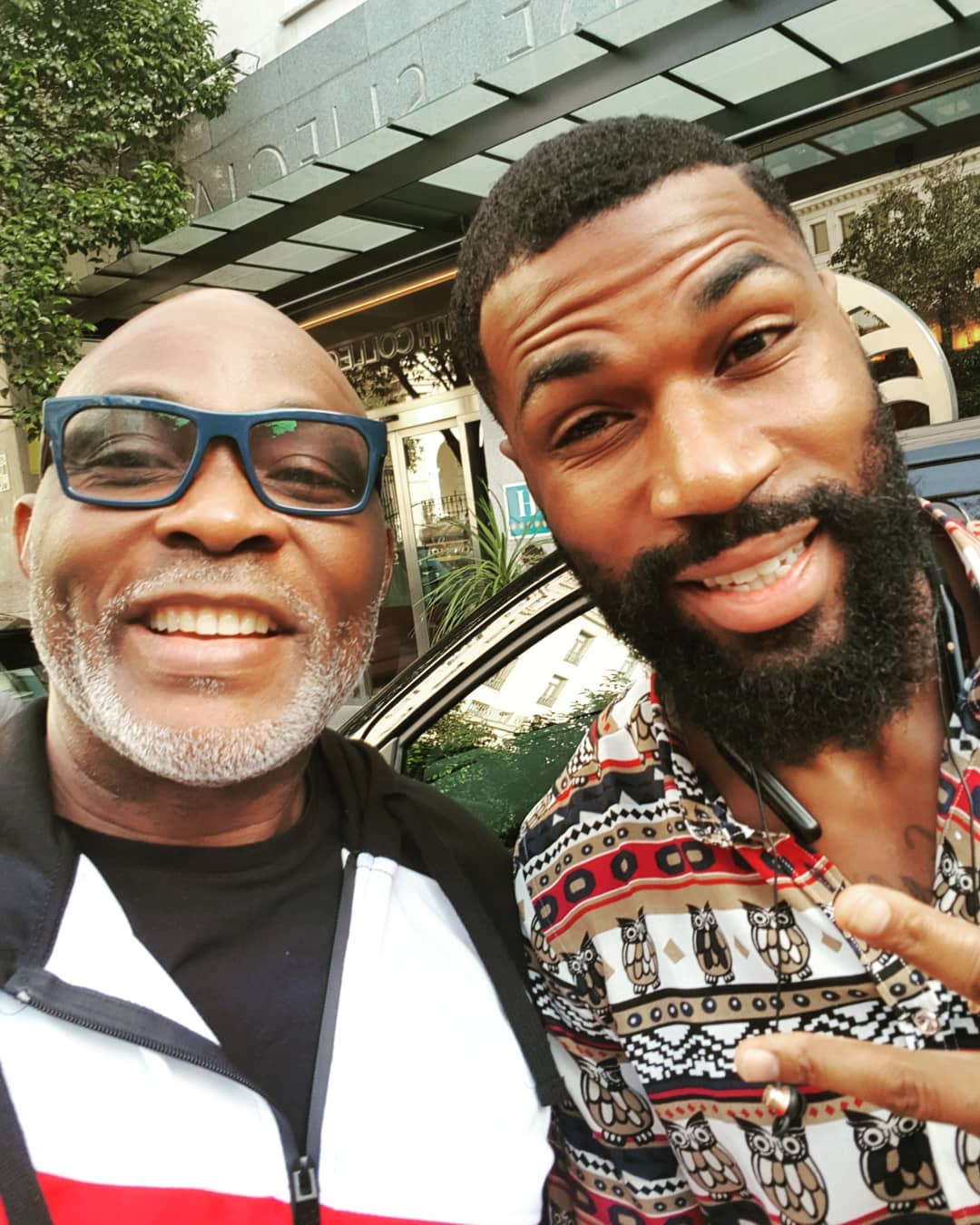 Apparently, all is now set for Big Brother Naija star Mike Edwards to make his debut into Nollywood, and he will be doing so alongside veteran actor Richard Mofe Damijo.

The news was made known by RMD, who shared a selfie of himself and Mike on Instagram, revealing they are both set to act the role of father and son.

He wrote: "Meet my new son @aireyys mike of bbn2019. I love my job. I get to not only meet people but be their friends or father or brother.

"All through the big brother season my 17 year old daughter was one of those rooting for @aireyys and here I m about to play his dad and begin a new journey. Reveal reveal later. See why I will always remain a cool dad?

"Imagine my daughter this Christmas back home telling all her friends that she can call @aireyys and speak to him anytime..

"So the question… do we look like father and son?" 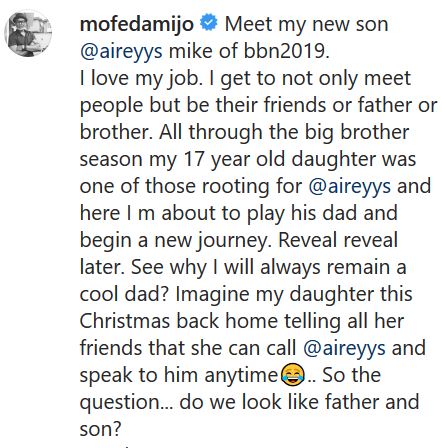