According to a report by the Joint United Nations Programme on HIV and AIDS (UNAIDS,)60,000 Lagosians are living with HIV. 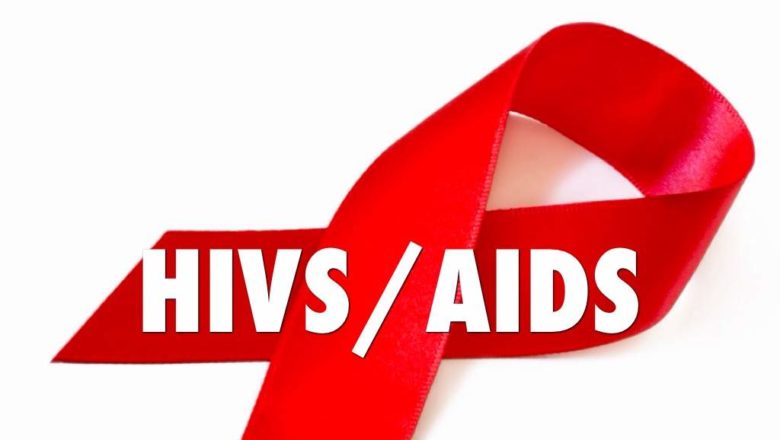 The Country Director of the Joint United Nations Programme on HIV and AIDS (UNAIDS), Dr. Erasmus Morah, has revealed that out of the 120,000 Lagos residents living with Human Immunodeficiency Virus, HIV/AIDS 60,000 are yet to show up for treatment and are still at large.

Also, the United States Government, has disclosed that about 870,000 Nigerians, consisting of men, women, and children living with HIV/AIDS are currently on treatment.

It said they are being treated under the U.S. President’s Emergency Plan for AIDS Relief, PEPFAR, Nigeria HIV/AIDS’ intervention initiative.

Morah said, “Many of this 60,000 Lagosians are not even aware they are living with the virus while those aware are not willing to come forward for treatment because of stigma and they risk transmitting it to others.

“These people needs the government’s protection so that they can be put on treatment.”

He stated further that the two ways to attack HIV/AIDS is to eliminate mother to child transmission and to resurrect public health centres.

U.S. Consul General, Claire Pierangelo, who was represented by Mr. Clemson Ayegbusi, Fullbright and Humphrey Programme Coordinator, US Consulate General, Lagos, said, “The U.S. government remains committed to supporting Nigeria to control its epidemic, and we continue to focus on ensuring every dollar invested has the greatest impact for those in need. ”

She stressed that both the United States and Nigeria have pledged to work to eradicate HIV/AIDS and are committed to providing high quality, life extending care, free from stigma and discrimination.

“Through the U.S. President’s Emergency Plan for AIDS Relief, PEPFAR, we are maximizing our impact by making smart investments to reach those most at risk and in need preventing millions of new HIV infections and saving millions of lives. PEPFAR is the largest commitment by any nation to combat a single disease in history.

“Since its inception in Nigeria in 2004, PEPFAR has disbursed more than $5 billion to support the Nigeria HIV/AIDS response.

“Some measures of Success include about 870,000 men, women, and children currently on HIV treatment.

Inaugurating the consortium group, Lagos, Sanwo-Olu said though the rate of HIV prevalence in the state has reduced to 1.4 per cent from 4.4 per cent, “it is still a source of concern to his government.”

He said there was need to step up effort to reduce it further and if possible eradicate it through aggressive publicity campaign, promising that his government is committed to achieving that goal.

“Although the current prevalence rate shows a reduction, it is still a source of concern when we consider the actual number of people within the bracket. There is, therefore, the need for us to step up our efforts to achieve a further reduction in the prevalence rate through aggressive public enlightenment campaign which must be taken to the nooks and crannies of the state.”

While promising a multi-sectoral approach to eradicating HIV/AIDS by 2030 as projected by UN, the governor said the consortium would provide a platform to coordinate and usher in a new response to HIV challenge in the state.

According to Sanwo-Olu: “The key goal of the Lagos State Government for HIV is reducing the number of new HIV infections and this is coordinated by LSACA, utilising a multi-sectoral approach for the prevention and control of HIV and AIDS.

“We must seek out everybody living with HIV/AIDS for proper cure, the governor charged the consortium.

“The Lagos State government is committed to achieving this goal as part of the Health and Environment pillar of the T.H.E.M.E.S agenda. Our strategy will be multi-sectoral and focused on the following: Improving the health system service delivery, Scaling-up community response, maintaining sustained support of programme.

“This approach will concentrate on communities and their structures which have been at the forefront of the HIV response at the global, national and state levels; reaching out to people with prevention, care and support as well as treatment; promoting human rights and dealing with gender issues.

“I believe the objectives of this symposium will usher in a new era in our response to the HIV/AIDS challenge as a result of the commitment of stakeholders to key into our strategic plans.

“I wish to appeal to all residents in the State to cooperate with us so that we can achieve a significant reduction in the incidence rate of HIV infection in our state.

“Let us voluntarily present ourselves at designated centres to know our HIV status. Being HIV positive is no longer a death sentence as people living with HIV/AIDS will be supported with necessary medication to live a normal life.”