Alleged Faux Real Estate developer has been arrested and expected to appear in court for duping residents of Port Harcourt over land transactions with fake real estate agents. 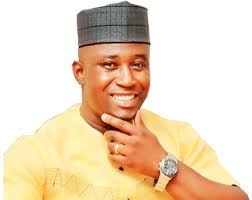 The suspected fake Real Estate Developer, Kelly Nworgu, the boss of Estate Developer, Livelihood Homes, popularly called De-Villa Homes who have allegedly duped over 400 prospective Land buyers of millions of Naira in Port Harcourt, the Rivers State capital will soon be charged to Court by the Rivers Police Command.

The Police Command says it has concluded investigation on the alleged duping of residents of Port Harcourt over land transactions with fake real estate agents called de-Villa homes.

The Police Public Relations Officer, PPRO, DSP Nnamdi Omoni has confirmed to Journalists that the boss of De-villa, Kelly Nworgu, has shown that he diverted money paid to him for land sales to other uses and failed to deliver on the agreements.

He said over 400 victims of the fake land sales are demanding for the return of their investment from the fraudulent land speculator.

“He faces charges of Advanced Fee Fraud. As we speak it is clear that he won’t be able to meet his obligations to land subscribers and the number of his victims keep rising. So far, over 400 persons have presented their documents claiming that they paid money to him without given parcels land.”

The sureties to Kelly Nworgu had withdrawn their sureties on him after they were detained in the police cell for 3 weeks, while Kelly Nworgu failed to appear before the police in honour of his signed bail bonds after he was granted bail.

Nnamdi Omoni also clarified that a traditional ruler of the community in which the said land was allegedly purchased from had admitted to collecting N40 million from Kelly Nworgu, will also to be arraigned in court with one person identified as Onome, an aid to Kelly Nworgu who assisted him for money laundering.

On the type of charges he will be confronted with, the Police say he will be arraigned in court later this week for 419 on charges of Advanced Fee Fraud.

The PPRO while receiving an award from the RSU faculty of law, urged the undergraduate to emulate men who have distinguished themselves from the society through hard work and not quick money and tow the path of honour.

Omoni explained that the award meant a lot to him as the law students honoured him with an award.

The suspected fake real estate developer was arrested in October 2019 when traumatized prospective clients wrote a petition to the Rivers State Commissioner, CP Mustapha Dandaura, complaining that they were deceived to pay several millions of Naira through tempting promos and consistent advertisements on radio for non-existent parcels of land.