Officers of the Nigerian Navy have nabbed as many as 24 rice smugglers, it has been revealed. 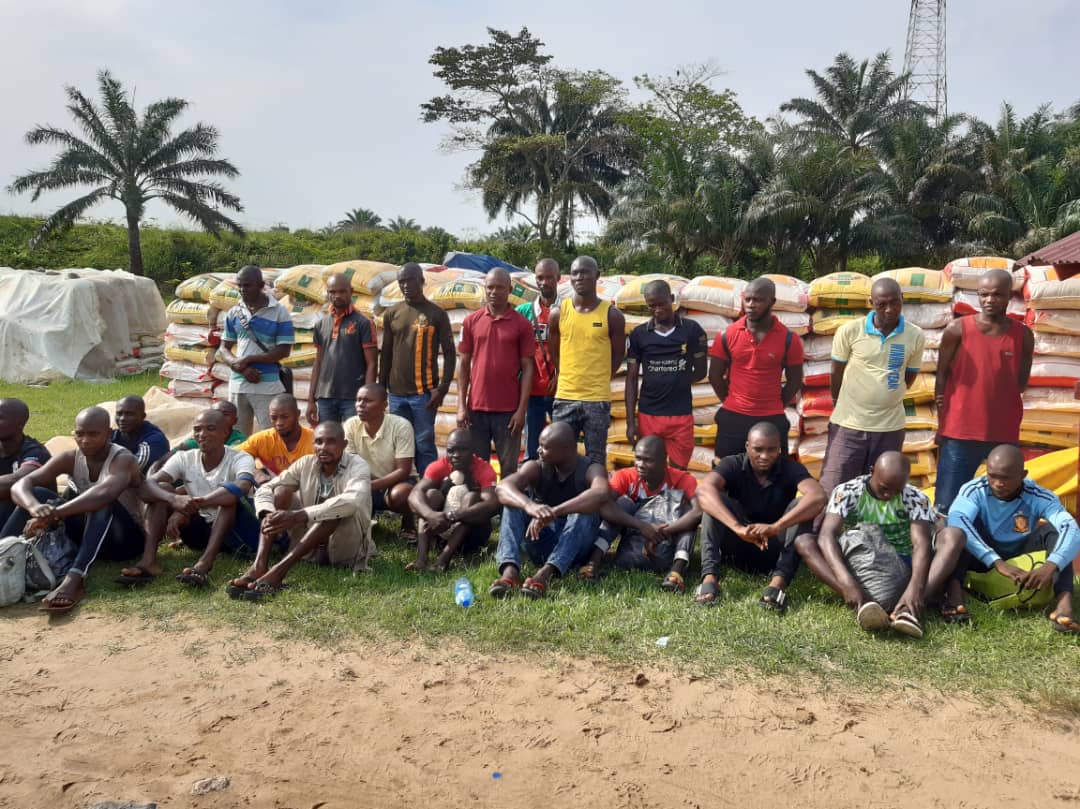 According to The Nation, the Nigerian Naval operatives attached to the Forward Operating Base(FOB), Ibaka, Mbo local government area in Akwa Ibom State, have apprehended 24 suspected rice smugglers and seized 1,831 bags of smuggled rice from them.

Commanding Officer of the FOB, Navy Captain Peter Yilme, who disclosed this on Sunday, they also impounded 5 wooden boats used in smuggling the 50kg bags of rice from the Republic of Cameroon.

He said the arrests were made in four different operations by Navy officers and men on routine patrol in their gunboats.

While handing over the suspects and items to the Nigeria Customs Service (NCS), Yilme who was represented by the Base Operations Officer, Lieutenant Commander Kabiru Yusuf, said the command will remain steadfast in fighting illegalities on the waterways in line with the directive of the Chief of Naval Staff.

“On behalf of the Commading Officer, Captian Peter Yilme, I handover 1,831 bags of rice and 24 suspects to the Superintendent of Customs, D. A. Garuba,” he said.

Receiving the 24 suspects and 1,831 bags of rice from the Nigerian Navy, Superintendent of Nigeria Customs Service (NCS), Dawuda A.Garuba said, “On behalf of the border drill team, I, Superintendent of Customs, Dawuda A. Garba do hereby take over as stipulated in the handover notes”.

Two of the suspects who are drivers on the boats said they were not told that they were to carry rice from Cameroon to Nigeria.

One of the suspects, Etim Edet, a boat worker from Adadia in Uruan local government area, Akwa Ibom state, said he was told that he was going to bring in fish from Cameroon.

Edet who is married with six children explained that it was when the rice was loaded into the boat that he realised he was to carry rice and not fish as he was told.

“I was told that I will be carrying fish but when I went, I saw them load rice into the boat. Since I am not the owner of the boat, I don’t know that they planned to carry rice with it.The owner of the boat knows that I have been arrested,” he said.

Another suspect, Felicity Omojoakinjere from Ondo state said, “I was arrested because I went to Cameroon to carry rice but the rice is not mine. I am a boat worker and I have not carried rice before. I use to carry provisions. It was until the rice was loaded into the boat before I knew I was to carry rice”.