Similarly, he pointed out that Customs collection according to the AuGF 2017 report, stood at a total of N628.033 billion for the period under review. 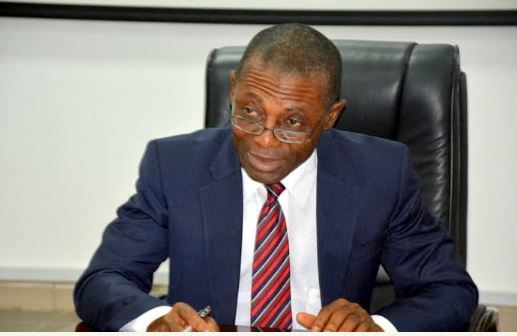 According to the report, “total revenue inflows to the Federation Account from the various Collecting Agencies from Central Bank of Nigeria (CBN) Component Statements for the period under audit amounted to N6.422 trillion.

On ways out of the quagmire AuGF, urged the Accountant-General of the Federation to “ensure that all deductions made at source contrary to Section 162 of the Constitution of the Federal Republic of Nigeria 1999 (as amended) are stopped.” He added, “Any payment to be made from Federation Account Revenues should be made by the Federation Account Allocation Committee (FAAC) and not by any collecting Agency. Defaulting agencies should be appropriately sanctioned.”

According to the audit report, the Department of Petroleum Resources in the year under review breached several legislative frameworks leading to the loss of revenue, with outstanding amount in respect of royalty, rent, gas flare penalty and charges, among others amounting to $3.214 billion or about N980.277 billion.

Mr. Ayine said the “Review of documents relating to outstanding royalty, gas flare penalty, gas sales royalty and concession rental due from Oil and Gas Companies showed that the sum of $3.214 billion was not collected by DPR as and when due.

He added that “Various Oil and Gas Companies had outstanding revenues for the year 2017. These oil Companies have failed to discharge their obligation to pay royalty, rent and other rates prescribed by Petroleum (Drilling) and Regulation, of 1969 and Petroleum Act 1969.”