The former lawmaker was taken into custody by the anti-graft agency on Tuesday, following allegations that he refused to honour invitations to clear his name. 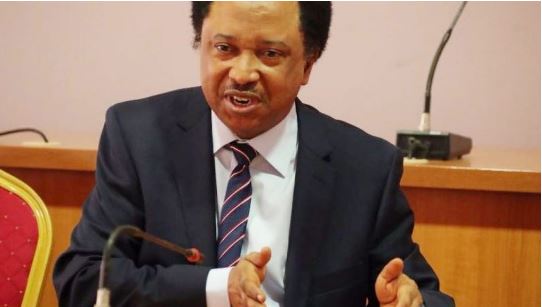 He claimed that the commission was desperate to indict Sani who is being investigated for allegedly extorting $10,000 from a car dealer, Alhaji Sani Dauda.

The former lawmaker was taken into custody by the anti-graft agency on Tuesday, following allegations that he refused to honour invitations to clear his name.

Dauda had accused Sani of dropping the name of the EFCC acting Chairman, Ibrahim Magu, to extort money ostensibly to resolve a case involving the auto dealer with the EFCC.

Sequel to his arrest on Tuesday, the commission had reportedly secured a court order to keep him for 14 days.

But Olajengbesi, in a statement on Friday, said, “The EFCC have, as you read this, obtained, accessed and seized Senator Sani’s phone without his consent thus going beyond their mandate and abusing his right to privacy.

“Specifically, checking all WhatsApp correspondence which have nothing to do with the allegations. In this technology age, one hopes that materials will not be planted in his phone to hand his oppressors ammunition to silence him once for all.”

Olajengbesi, who is the convener, Coalition of Public Interest Lawyers and Advocates, alleged that the agency searched Sani’s phone to find incriminating items “ to give impetus to the witch-hunt against the senator whose tireless criticism of the Buhari administration and that of his state government had made him a marked man.”

The statement noted that the EFCC had abused the bail bond granting Sani an administrative leave and freedom.