In a separate report, Kaduna State Governor, Nasir el- Rufai, clarified that the sum was not only for feeding the Shiite leader, but on security as well. 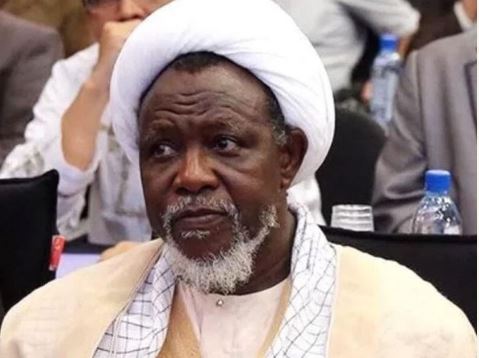 The Department of State Services spent at least N 164.5 m feeding the leader of the Islamic Movement of Nigeria , Sheikh Ibrahim El -Zakzaky, The PUNCH reports .

El - Zakzaky was arrested by the DSS on December 12 , 2015 and remained in custody until December 2019 when Justice Gideon Kurada of a Kaduna State High Court ordered the agency to transfer the IMN leader and his wife , Zeenat, to the Nigerian Correctional Centre, Kaduna.

The Minister of Information and Culture, Lai Mohammed, had revealed in November 2018 that the Federal Government spent a total of N 3.5m to feed the Shiite leader monthly .

In a separate report, Kaduna State Governor, Nasir el- Rufai, clarified that the sum was not only for feeding the Shiite leader, but on security as well.

“The N 3 . 5 m monthly feeding on El -Zakzaky is not only about his food, but other expenses on security men attached to him . The security men are permanently stationed with him, they surround where he is kept,” he said.

However, human rights lawyer, Mr Femi Falana (SAN), told The PUNCH on Sunday that the cost of feeding El -Zakzaky may continue to rise since he is in prison and is therefore still being taken care of with tax payers’ money .

Falana explained that El-Zakzaky was granted bail many times but the orders were ignored by the Federal Government until the Kaduna State Government decided to charge the IMN leader to court nearly three years after his arrest .

The activist said, “El -Zakzaky is now in prison but he is still being taken care of by the Federal Government with tax payers’ money . ”

The Islamic cleric was arrested after soldiers clamped down on his supporters , killing at least 347 of them . The army accused them of blocking a public road being used then by the Chief of Army Staff, Lt. Gen. Tukur Buratai.

He was detained without trial for several months, causing his lawyer, Falana, to file a suit before a Federal High Court in Abuja.

In December 2016, Justice Gabriel Kolawole ordered that El-Zakzaky, and his wife, Zeenat, be released from detention into an accommodation that must be provided for them within 45 days .

The Federal Government, however, ignored the judgment .

He remained in custody for another 17 months until he was arraigned by the Kaduna State Government in April 2018 .

Since his arrest , El - Zakzaky’s followers have been protesting his detention in several parts of the country some of which have led to bloodshed.