A pastor has left his congregation members stunned after performing deliverance with football. 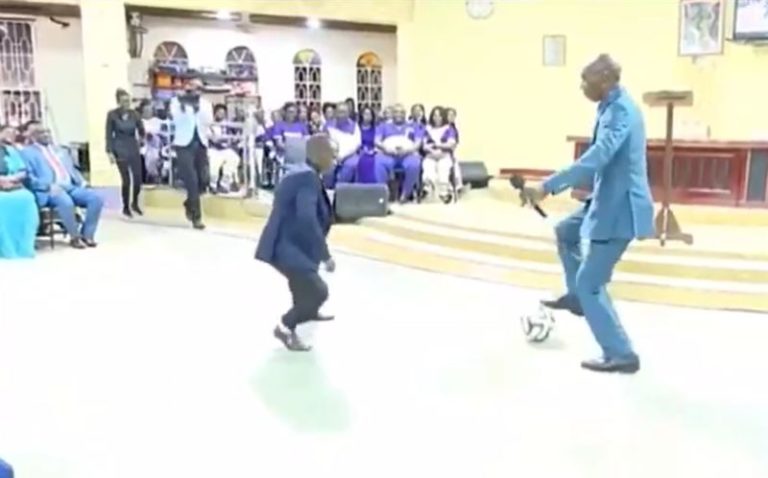 Pastor performing deliverance on church members with football
A video has surfaced online showing the moment a popular pastor performed deliverance on some of his Church members with a football.
The video which appeared on a twitter handle “@Retrogodammed” did not specify where the deliverance took place but it appeared it was somewhere in Africa.
According to NAN, the members were were seen in the video coming out to tackle the pastor one-on-one in an attempt to retrieve the ball, but the moment they got close to the Pastor, they went under a kind of influence and began to stagger until they fell.
Watch the video here:

Messi and Ronaldo no do pass like this. Infact dem dey learn work. 😭😂 pic.twitter.com/TUSNAuVv6T