Rob Kardashian has filed for full custody of his daughter with Blac Chyna alleging bad behaviour and influence on their daughter,Dream. 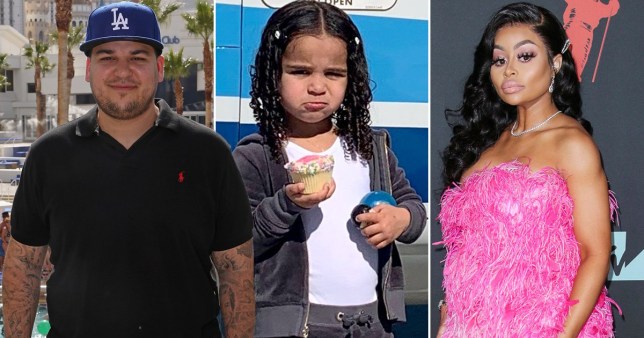 Rob Kardashian reportedly wants full custody of his three-year-old daughter Dream as he is concerned about her living with her mum Blac Chyna, 31.

Other shocking claims made in the documents include that she spends “$600 on alcohol” a day as well as "snorting cocaine".

Rob also alleges, TMZ claims, that Chyna often gets violent and throws about objects - including knives.

The Kardashian also added that Dream's behavior has become worse with her "naked twerking, and acting out sexual positions that she said her mom taught her" she also uses foul language, he included in the documents.

Rob's also worried that Dream's personal hygiene is being neglected as she arrives to see him with dirty teeth, nails and messy hair.

The TV star's ideally wants Chyna to be forced to submit to drug and alcohol testing 30 minutes before each visit with Dream.

He also asks that the supervising nanny be granted the authority to end the visits if violence takes place in front of their daughter.