So Sad! Couple Married For 64 Years Die Holding Hands Together On Christmas Eve


A couple happily married for 64 years left people with thoughts after dying together on Christmas eve. 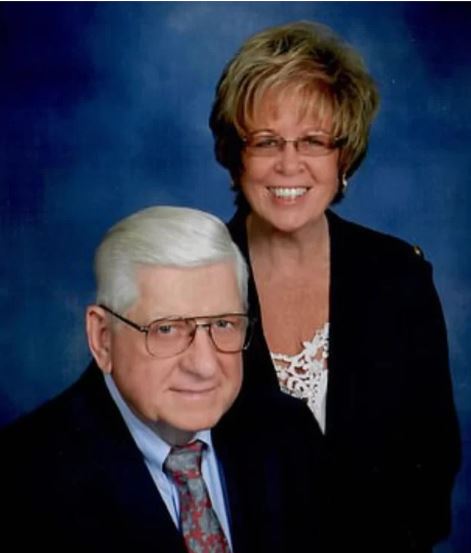 Bill and Nancy Schafraths
A couple in the Ohio area of the United States married for 64 years, have reportedly died together on Christmas Eve.
According to NYPost, it was learnt that the couple, Bill and Nancy Schafraths died just three hours apart from each other, with Bill’s life ending first.
The couple had no children.
Reports have it that they both during their lifetime, enjoyed playing cards and spending a lot of time outdoors
While Bill, aged 88 died around 7am, Nancy aged 85 died at 11 am with both holding each others hands even in death
Speaking on the demise of the couple, a family member, Pat Cornelius said;
“In the last couple weeks, when he couldn’t get out of bed anymore, we’d push their beds together in the middle of the room. “So they literally held hands for the last week of their life.”
The couple’s nephew identified as John Moritz, said the couple knew they were going to die together. Moritz said: “It’s almost like they decided that if one went, the other would go, too. Somehow they knew.”
The Schafraths, who enjoyed playing cards and spending a lot of time outdoors, did not have any children. According to Cornelius, Bill grew his own tomatoes and liked to cook. Cornelius said: “He was a cook in the Army, and so he did all the cooking for them. And he loved taking care of his beautiful home and garden outside. Everything was meticulous all the time."
Top Stories