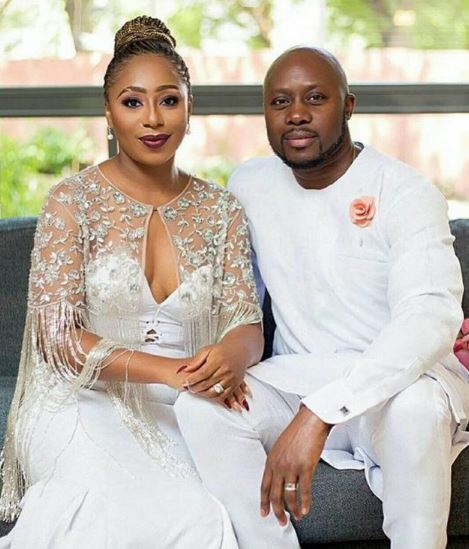 According to the report, Dakore and hubby, Olumide Akande had split following several issues including alleged financial bankcruptcy and mother-in-law's pressure on her to have a male child.

However, the pretty actress has taken to social media to post a new video and celebrating her 10th year wedding anniversary, thereby putting an end to the marriage crash speculation.

The video posted by Dakore show's Olumide lying on the bed while their daughters played in the room as the actress recorded she scene.

Responding in the comment section, the husband wrote: "10 years just like that! 😳 Happy Anniversary sweetheart! ❤️❤️❤️🍾🥂 And to those who care to know, it’s 10 years, not 9, not 11; 10 beautiful, sweet, at times challenging, wonderful years! Don’t believe everything you hear, or read, or see for that matter! #nowyouknow"