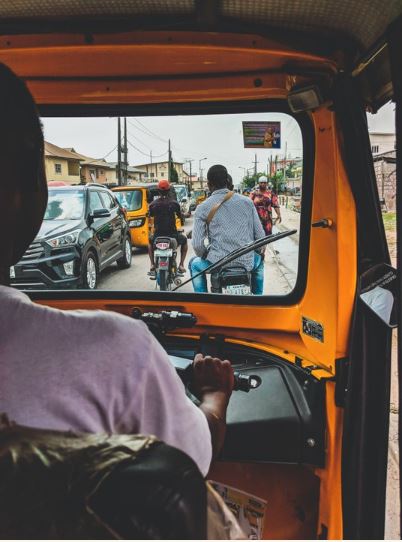 The Lagos State Government has announced plans to halt the abuse of traffic laws by motorcycle and tricycle riders, saying the menace can no longer be condoned.

A statement signed by the Commissioner for Information and Strategy, Mr. Gbenga Omotoso, affirmed that the ongoing enforcement of traffic laws will be stepped up across the State to check motorcyclists and motorists violating the laws.

The Commissioner explained that the violation of traffic laws by commercial motorcyclists was unacceptable, thereby necessitating the enforcement of the State Traffic Law 2018 to pave the way for the implementation of the present administration’s transportation project.

He recalled that the alarming negative statistics resulting from motorcycle accidents and the compelling need to enhance safety led to the introduction of the Lagos State Road Traffic Law 2012, which was reviewed in 2018.

Omotoso emphasised that the law makes the use of safety helmets by riders and passengers of motorcycles compulsory, the obedience of traffic lights and signage mandatory and the conveyance of more than a passenger, expectant women, adults with babies, as well as children of school age forbidden.

“Their operations were restricted on 475 roads, including highways and bridges” Omotoso stated.

The Commissioner said: “We cannot fold our arms and watch them disrupt the peace of the State. Over 1500 accidents involving tricycles were reported across the State from 2015 till 2019 while over 70 died and 250 were injured”.

He added that 30 robbery cases involving motorcycles were reported in 2019, out of which 20 were foiled by the Police, who arrested 25 suspects and recovered 48 arms and ammunition.

While reeling out statistics from the Lagos State Traffic Management Authority (LASTMA), Omotoso stated that no fewer than 619 people were killed or seriously injured in motorcycle accidents within 2015 and 2016, noting that a police report released during the same period indicated that of the 30 armed robbery cases recorded between July and September, commercial motorcycle riders perpetrated 22.

“Over 200 cases of motorcycle accidents have been recorded monthly at health facilities across the State in the last three years”, Omotoso declared.

Bemoaning the era of indecency exhibited by motorcycle and tricycle riders, the Commissioner stated that their consistent and brazen disregard for the law, in addition to drug abuse by many should be a matter of concern for Lagosians.

“Okada is being used to escape after robberies. Besides, the influx into the State of many riders without traceable addresses and valid means of identification, in spite of the provision for a rider’s permit, remains a huge security and safety threat to residents,” the Commissioner said.

He asserted that “Aside from the sheer size of the industry, the level of indiscipline, security concerns and, particularly, the level of fatalities being recorded daily, demand appropriate and very serious sanctions. The government, in line with its T.H.E.M.E.S Agenda, is addressing the challenge decisively.”

The Commissioner affirmed that the resolve to strengthen security has reinvigorated the government’s commitment to instilling sanity in the operation of ‘Okada’ and ‘Keke’ business.