A Nigerian university student has recorded another lecturer threatening to fail her over s*x. 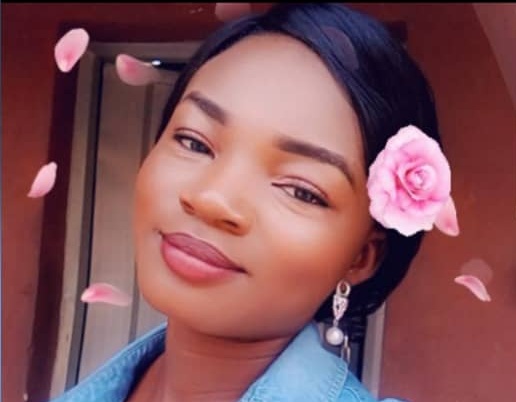 A fresh sex-for-marks scandal is currently rocking the Obafemi Awolowo University (OAU), Ile-Ife, as a 400-level student of the Department of International Relations, Faculty of Business Administration has accused a lecturer, Olabisi Olaleye, of sexually harassing her.

Motunrayo Afolayan, who has since lodged a complaint at the university’s Centre for Gender and Social Policy Studies, alleged that Mr Olaleye failed her in ‘Diplomacy,’ course code IRS 305.

The lecturer teaches the course alongside a female colleague, Omolara Akinyemi.

The allegation comes nearly two years after a widely publicised scandal involving another lecturer in the faculty, Richard Akindele, and a student.

Mr Akindele, a professor of Accounting, was dismissed from the university after he was indicted for demanding s*x from a female student to help improve her grades.

A federal court later sentenced the disgraced professor to 24 months in prison.

Reliable sources within the university told PREMIUM TIMES that Ms Afolayan first took IRS 305 during the 2017/2018 academic calendar while in 300 Level but was allegedly failed because he refused to sleep with the lecturer.

During the next academic year, the 2018/2019 academic session, the student registered again for the course but received repeated threats from the lecturer that “she would fail again and again if she refuses to sleep with him.”

A senior official in the faculty, who does not want to be named, said the student sought the intervention of another lecturer in the department, Sunday Omotuyi, on the matter. Ms Afolayan, it was gathered, had feared she could fail again since she was still being pestered by the lecturer.

“But Omotuyi declined to intervene. He said he had approached the same lecturer in 2014 on behalf of another student but Olaleye flared up and insulted him. He even walked him out of his office. He said Omotuyi was too “junior” to talk to him on such matter. He even asked the student to go as far as the office of the vice-chancellor to report him,” the official said.

The official further stated that when other lecturers got wind of the development, they asked for proof of the allegation against the lecturer, and Ms Afolayan played a recorded voice of Mr Olaleye saying – in Yoruba – that, “I promise you would fail this course three times except you sleep with me.”

The recording, PREMIUM TIMES learnt, was done based on the advice of Ms Afolayan’s friends, who also claimed the lecturer had “tormented” them in a similar manner in the past.

A university source said, “So, she was in Olaleye’s office and just as predicted, Olaleye held her by the hand and began to fondle her. While he was carried away, the lady turned on the voice recording application on her phone and taped all his vulgar words including the threat.”

Ms Afolayan has refused to share the audio record with anyone, saying she was afraid of being subjected to public ridicule.

With officials within her faculty unable to help, she sought outside help, from the Faulty of Law where a female lecturer advised her to report the matter to the university authorities.

As soon as Mr Olaleye learnt that the matter was being escalated, he reportedly released Ms. Afolayan’s result which had been withheld alongside a few others. The released result showed that the student passed.

The panel has since met with all the concerned parties including Ms Afolayan; Mr Olaleye; Mr Omotuyi, whom the matter was first reported to; Kehinde Olayode, Head of Department, International Relations, among others.

While Mr Olaleye appeared before the panel in November last year, Mr Omotuyi met the panel on January 9.

PREMIUM TIMES learnt that Ms Afolayan had appeared before the panel accompanied by other female students in the department who also served as witnesses.

Both the lecturer and the student have confirmed the development to PREMIUM TIMES. But while Mr Olaleye chose to speak about the incident, Ms Afolayan said she had been advised to keep sealed lips until the university makes its verdict public.

Mr Olaleye said he had earlier submitted a written response to a query from the management, where he denied harassing Ms Afolayan.

He said the student had approached him to alter the examination timetable when the rerun course had clashed with another course she takes at 400 level.

“I didn’t know her until the timetable issue came up,” the lecturer said.

“She approached me with two other ladies but I told them I could not help. I only advised them to go and write their 400 level course first, and return to join us in the hall for my course.”

Mr Olaleye said the delay in the release of Ms Afolayan’s result was due to his co-lecturer, who teaches the course with him, being busy with “accreditation issues.”

Asked when he joined the university, Mr Olaleye said he could not recollect. He also couldn’t answer why doesn’t have a doctorate degree after almost 13 years he had reportedly enrolled for it.

Across some closed WhatsApp groups belonging to some sets of graduates of the department, female alumni members narrated similar experiences with the embattled lecturer when he taught them.

According to one of them who currently lives in the United Kingdom, Mr Olaleye “should not escape the wrath of the law this time.”

“That man is savage, I must say. He is drunk and very reckless,” one of the WhatsApp messages read.

Others accused some lecturers, especially those they said are close to the lecturer in the faculty, of trying to mount pressure on the panel and secure a soft landing for their colleague.

The university’s public relations officer, Abiodun Olarewaju, said that justice would be done in the matter. He said the precedent created with a similar case in the past should assure the public of the university administration’s commitment to ensuring fairness and justice.

“There is no basis for anybody to nurse any fear about the possible outcome of the probe,” he said.

“We have since gone past that stage at OAU. Nobody told us before a panel was set up, and the gender centre that was created was aimed at creating unfettered access to justice.”