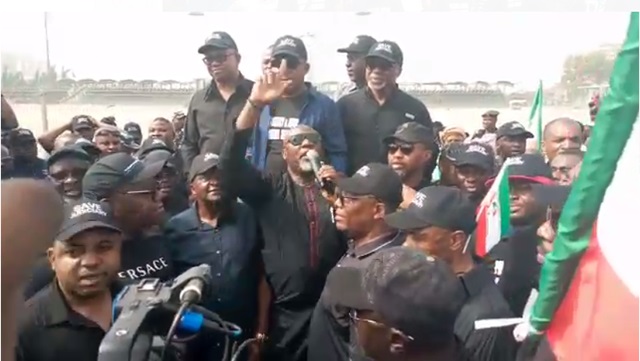 Dino Melaye and other PDP members during today's protest
A former lawmaker, Dino Melaye has been spotted leading members of the Peoples Democratic Party in Abuja.
The party members are protesting the Supreme Court verdict that sacked Emeka Ihedioha as governor of Imo State and pronounced Hope Uzodinma of the All Progressive Congress as Imo State governor.
In attendance are leaders of the party including the National Chairman, Uche Secondus, among others.
Dino Melaye was said to be one of the leaders of the protest.
See photos: 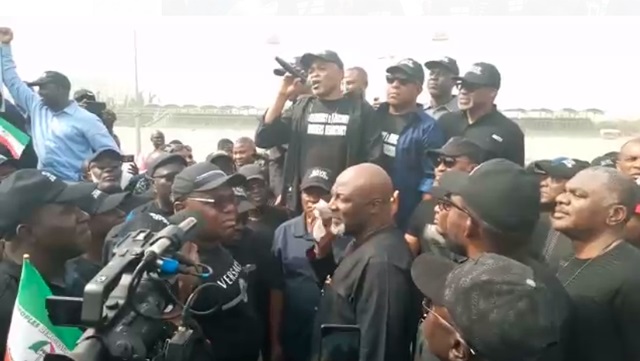 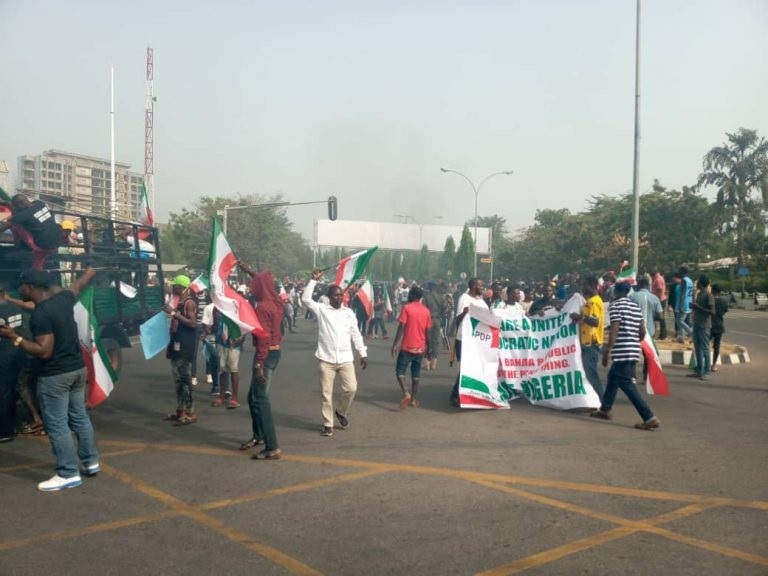