A 25-year-old man is suffering from a rare disorder having an allergy to his semen. 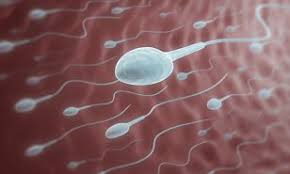 A man was left dreading his own orgasms after developing a bizarre "allergic" reaction to ejaculation.

The 25-year-old, who hasn't been identified, told docs he dreaded climaxing because he would suffer flu-like symptoms including anxiety, brain fog and fatigue afterwards.

Medics from Men's Health Boston in Massachusetts explained the bizarre case in a recent article published in Urology Case Reports.

They said that his symptoms could be immediate, or delayed by two or three days, and would last between one and two weeks.

"At the time of presentation he was single and orgasm frequency was once every two to three months."

He added that the patient's symptoms had affected his work and studies.

The man had seen several doctors and researched his symptoms extensively online.

He had also attempted various diets, supplements and allergy tablets without any sort of benefit, the medics noted.

The rare disorder is believed to be caused by men having an allergy to their own semen.