Some Nigerian words have been added to the popular Oxford English Dictionary. 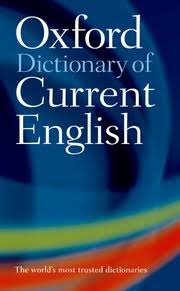 Oxford English Dictionary
Oxford English Dictionary said it has added 29 Nigerian words and expressions in the January updates to the dictionary.
“The majority of these new additions are either borrowings from Nigerian languages, or unique Nigerian coinages that have only begun to be used in English in the second half of the twentieth century, mostly in the 1970s and 1980s,” OED’s World English editor Danica Salazar said in a statement.
‘Next tomorrow,’ is one of the new entries into the dictionary. The expression is regarded as the oldest among the over 25 uniquely Nigerian words/expressions. According to Salazar, ‘next tomorrrow’ was first used in written English as a noun in 1953, and as an adverb in 1964.
Kannywood, which refers to the film industry in northern Nigeria, is deemed the youngest among the lot.
Others such as ‘buka,’ ‘bukateria’ and ‘severally’ also made the dictionary.
The full list of the new entries is below:
agric, adj. & n.
barbing salon, n.
buka, n.
bukateria, n.
chop, v./6
chop-chop, n./2
danfo, n.
to eat money, in eat, v.
ember months, n.
flag-off, n.
to flag off in flag, v.
gist, n./3
gist, v./2
guber, adj.
Kannywood, n.
K-leg, n.
mama put, n.
next tomorrow, n. & adv.
non-indigene, adj. & n.
okada, n.
to put to bed, in put, v.
qualitative, adj.
to rub minds (together) in rub, v./1
sef, adv.
send-forth, n.
severally, adv.
tokunbo, adj.
zone, v.
zoning, n.
Source: TheGuardian
Top Stories