One of governor Godwin Obaseki's aides has reportedly escaped gunmen attack in a community in Benin. 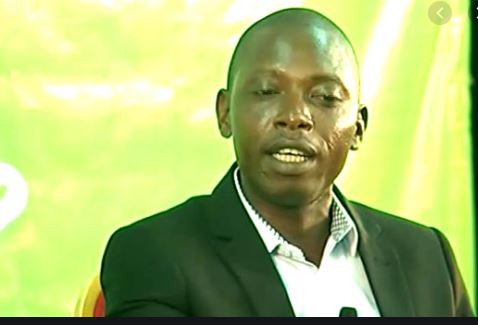 According to a report by Punch Metro, a Senior Special Assistant to Governor Godwin Obaseki of Edo State on Anti-Human Trafficking, Comrade Solomon Okoduwa, on Tuesday night escaped gunmen attack at his residence in Benin.

Addressing journalists in Benin on Wednesday, Okoduwa said some gunmen on Tuesday night trailed him to his residence in Benin City and opened fire at his direction but he was lucky to have narrowly escaped by the whiskers.

A visibly shaking Okoduwa said a few hours after the failed attempt on his life, he received a call from an unidentified caller warning him, The PUNCH reports.

The government official said of late, he has been trailed by strange-looking men especially at night and had received phone calls from unknown callers, who had warned him to stop the arrest and campaign against traffickers in the state.

“After I managed to escape on Tuesday night, I got a call from an unknown number telling me I should not talk about human trafficking. The guy, who did not tell me his name, further threatened me that if I don’t stop, they will stop me. The call has come now three times and it is strange,” he said.

He added that though the matter had been reported at the police station in Benin, he, however, appealed to the state Commissioner of Police and other relevant security agencies to come to assist him.

He said he could no longer move freely for the fear of gunmen attack.

He expressed his determination to continue with his campaign against traffickers and their agents in the state.