A butcher is reported to have gone missing at a river bank in Delta after taking alcohol and tramadol. 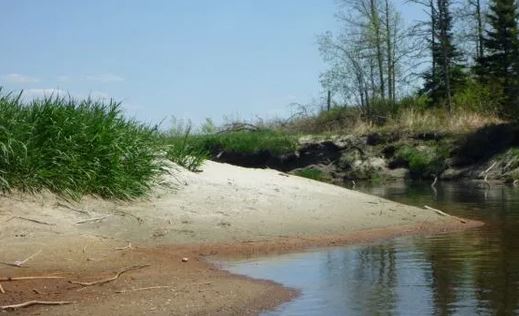 Omonigho Peter, a 37-year-old butcher, who allegedly took gin and tramadol after having a bet with his friends has gone missing at the bank of River Ethiope in Sapele Local Government Area of Delta State, Vanguard reports.

The father of two was said to have boasted to friends that he could take some shots of gin and tramadol and still have control over himself.

A friend of the butcher who craved anonymity told Vanguard that “Peter works in the slaughterhouse, he had an argument with some of his friends that resulted into a bet that he cannot take some shots of gin, and tramadol and still act normal. Peter took the gun and went on to swallow the tramadol, that was when he started acting strangely.

“At about 2:30 pm he went to wash after the task they gave him at the slaughterhouse, he was bathing at the bank of the river when he suddenly went missing at about 2:30 pm”.

The source went further that immediately Peter was declared missing, a search party was organized to look for him but all efforts was in vain.

Another source at the slaughterhouse who gave his name as Muftau told Vanguard that the use of hard drugs was rift among the younger butchers “they call it highing but going to bet on it, was a step taken too far”.

When Vanguard visited the Ethiope River Bank today, divers were seen around searching for the butcher’s missing body, with scores of people waiting patiently.