The police has revealed details on why a trado-medical practitioner, Alhaji Fatai Yusuf popularly known as Oko Oloyun was killed. 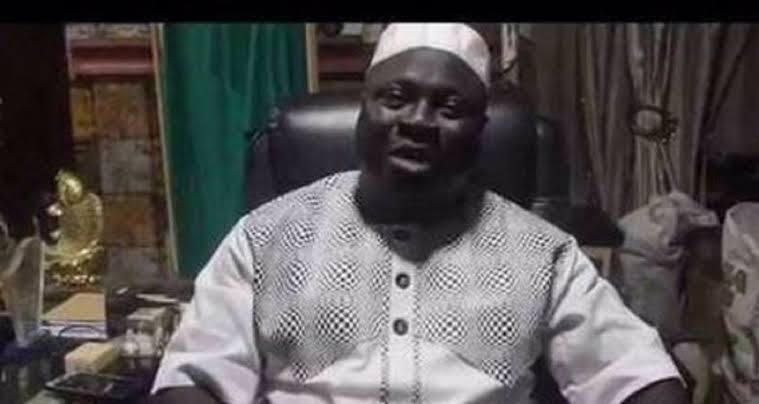 Popular trado-medical practitioner, Alhaji Fatai Yusuf popularly known as Oko Oloyun was possibly killed because of a fraud he detected in his Lagos office, the Police stated on Friday.

He was killed on Thursday when his convoy was attacked on the Igbo-Ora-Eruwa road by gunmen.

The attackers reportedly shot at his convoy from thick forest, resulting to his death from injuries sustained from the bullet.

A statement by the Police Public Relations Officer in the state, SP Olugbenga Fadeyi, informed the fraud was possibly responsible for the fire incident in the office during which some account records were destroyed.

The statement reads: “The report of Yusuf’s death was received by the Divisional Police Officer (DPO) Igbo-Ora that the two-car convoy of the deceased was allegedly ambushed shortly after passing through five different police stop and search teams along Igbo-Ora road by yet-to-be-identified assailants who fired at the moving vehicles on the road from the thick forest.

“The two-man armed escorts of policemen protecting the deceased engaged the assailants, but they managed to escape back into the forest after a single shot had hit the deceased, who died later of his bullet injuries.

“An interesting twist to the story was that the deceased had earlier detected an alleged bookkeeping records fraud in his Lagos office, which subsequently allegedly led to the burning of some financial/book-keeping records.

“In addition to other possible motives, a plausible nexus is, therefore, being suspected between the fire incident and the attack on the deceased.

“Some of his staff and two police escorts are being questioned by a team of crack detectives from the homicide section of State Criminal Investigation Department, Iyaganku, Ibadan, with a view of finding and apprehending the fleeing suspects, who committed the heinous act.”