Nollywood actress, Bimbo Afolayan is not happy with some people who tackled her after her mother was allegedly assaulted by her landlord. 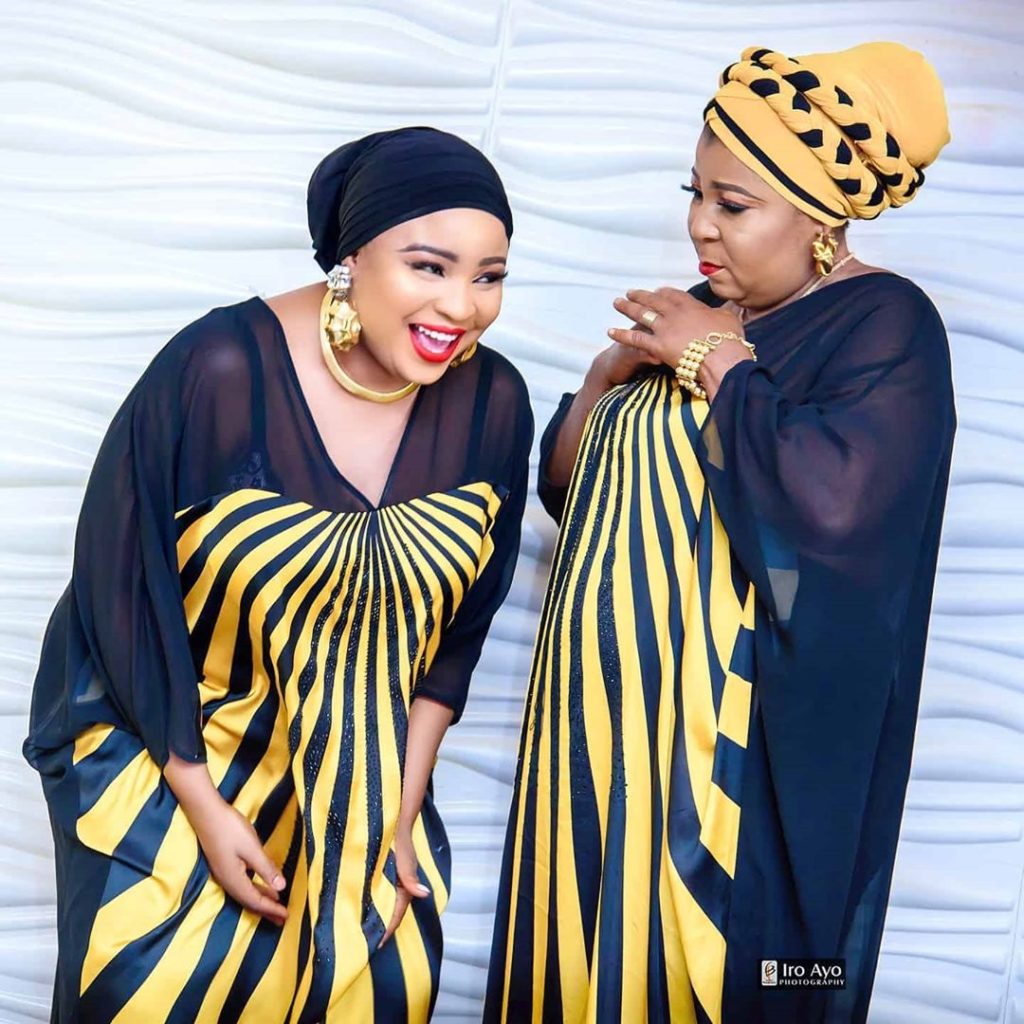 Bimbo Afolayan and her mother
Nigerian actress Bimbo Afolayan has cursed some social media users who asked her to get a better accommodation for her mother who was recently disgraced by the landlord in the estate where she resides.
Recall that Bimbo had some days ago shared a video showing her mum’s bruised body after complaining that she was assaulted by the landlord.
While reacting, Nigerians urged her to rent a “better” apartment for her mum as the current one doesn’t suit her status as the actress’ mother. They went as far as labelling her a poor actress.
Enraged by their comments, Bimbo posted series of videos on her IG page where she laid serious curses on those trolling her instead of sympathizing with her.
"My mother ! My mother !!! I I don’t do social media rubbish but not my mother and I face my business because I know most of you are miserable and I know some of you useless people that does eye service and begging for money will be using fake pages to type ! May God punish your entire generation ! And your mother and fathers will be treated like this for saying I don’t take care of my mum !
THIS HAPPENED TO MY MUM JUST BECAUSE SHE SAID THE LANDLORD ASSOCIATION WASNT DOING ANYTHING TO THE AREA!
AND SHE IS NOT PAYING ANY BILL TO THEM ON HER HOUSE !
AND THE CHAIRMAN OF THE SO CALLED LAND LORD ASSOCIATIONS DID ALL THIS TO HER!
SHE WAS DRIVING MY DAUGHTER TO SCHOOL AND SHE WENT THROUGH ALL THIS !
AND ALL YOU USELESS FAKE INSTAGRAM MOFOS ARE TYPING UNDER FAKE PAGE SAYING SHIT!
MAY YOUR ENTIRE GENERATION SINK FOR SAYING SOMETHING ABOUT ME CRYING FOR HELP FOR MY INNOCENT MOTHER.
My mother is receiving treatment Awon oloriburuku! Mad people everywhere for those that started saying bad things about my mum on my page !may every curse of mine happen to your entire generation !! May your mothers and your children infact your entire generations go through this. ! I have never been on social media before to join the set of your role models because I know it’s not worth it ! Buh for you all to start saying rubbish without caring and even concerned about an old woman ! May you carry your curse all around ! I am in for all of u!” she wrote.
See the video below:

Actress #BimboAfolayan places curses on internet trolls who mocked her over the state of her mother's house. Bimbo came on IG earlier today to cry for help after a landlord in her mother's area physically assaulted her mum. . Trolls on IG mocked her for making her mother live in such a house despite flaunting wealth on IG. . . Bimbo did not take the trolling lightly. She came online this evening to place curses on all the trolls that mocked her.