Some criminals who use cutlasses to snatch bags at bus stops have made revelation about their operations in Lagos. 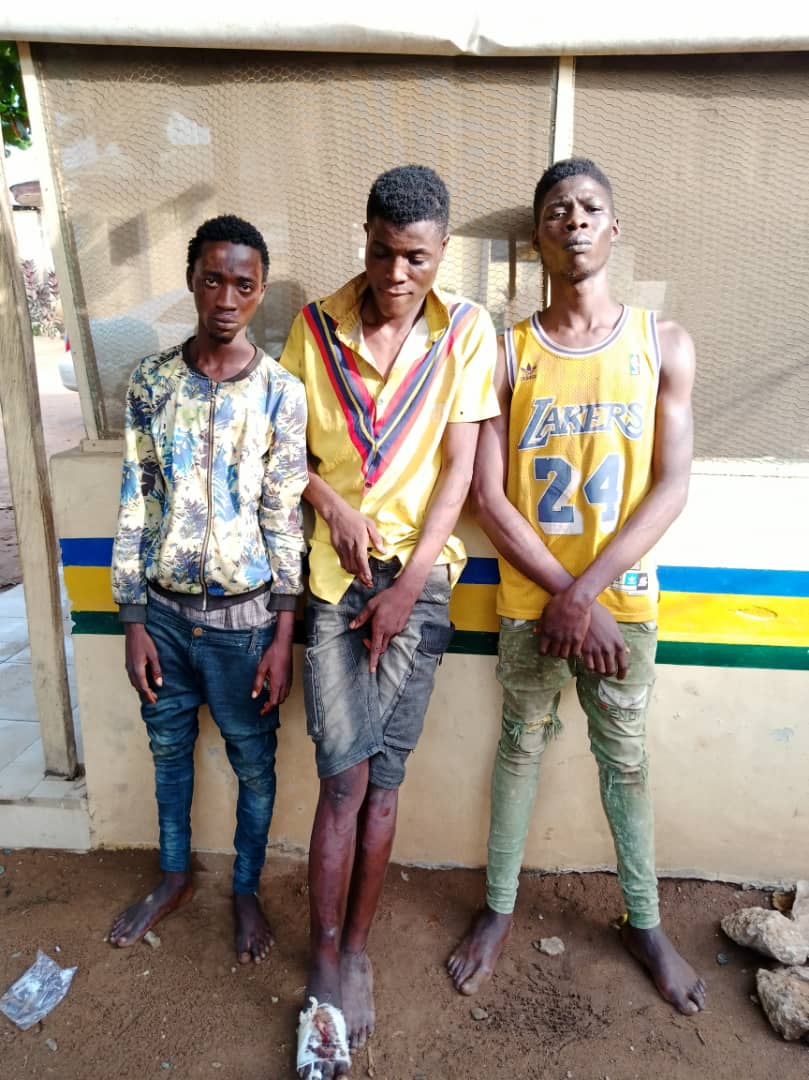 Three notorious bag snatchers terrorizing the residents of Ipaja and its environs in Lagos have confessed that they do not use guns but only cutlasses to dispossess innocent people of their valuables including their bags during operations.

P.M.Express reports that the suspects namely Ismaila Ibrahim, 20, Owolabi Seyi, 19 and Hassan Lekan, 20, confessed that they have not used guns to kill their victims but would use cutlasses to attack when their targets put up resistance.

The suspects were trailed and arrested by Police operatives from Ipaja Division led by CSP Tokunmbo Aboniwoda following reports of their activities in the area.

It was learnt that the suspects met their waterloo on 13th January, 2020, when they attacked one Solomon Adeshina around 5.30am at Mechanic Village, Atan Kekere area of Ipaja, Lagos and dispossessed him of his phones, other valuables and escaped.

The matter was reported to the DPO, CSP Abaniwonda, who mobilized her team of officers and the suspects were trailed. They were eventually arrested and detained at the Station.

During interrogation, they confessed that they were behind criminal activities within Ipaja and its environs and had been in the business for long before they were arrested.

Thereafter, they were charged before the Ejigbo Magistrates Court for conspiracy and stealing.

They pleaded not guilty.

The prosecutor, Supol Kenneth Asibor, then asked the Court to give a date for hearing to enable the Police to prove that they committed the offence.

The Presiding Magistrate, Mr. T.O.Shomade, granted them bail in the sum of N200,000 with two sureties in like sum.

They were remanded in prison custody pending when they will perfect their bail conditions. The matter was adjourned till 12th February, 2020, for mention.