An Aggrieved father stormed a church to call out the pastor for allegedly trying to have sexual relations with his daughter after sleeping with his wife. 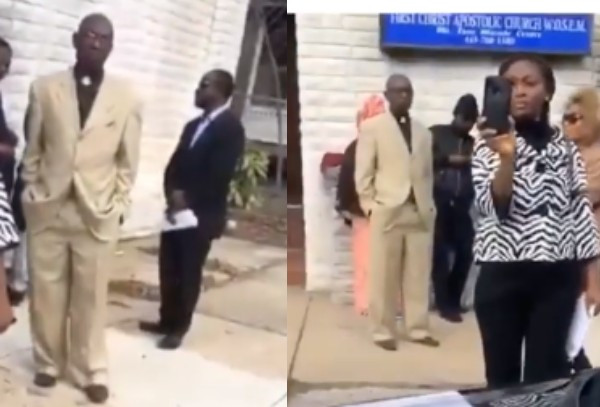 A mild drama played out in a US-based church as an aggrieved Nigerian father stormed the building to disgrace a Pastor he accused of trying to sleep with his daughter.

The father accused the pastor of trying to have a sexual relationship with daughter by sending her inappropriate text messages as he kept hurling insults at him.

While some church members tried salvaging the situation, the Nigerian man also accused the Pastor of allegedly sleeping with his wife.  He was heard saying;

.........the man also accused the Pastor of the US-based church of sleeping with his wife