Suspected bandits have brutally killed a police inspector in Niger state leaving his family members in a state of pain. 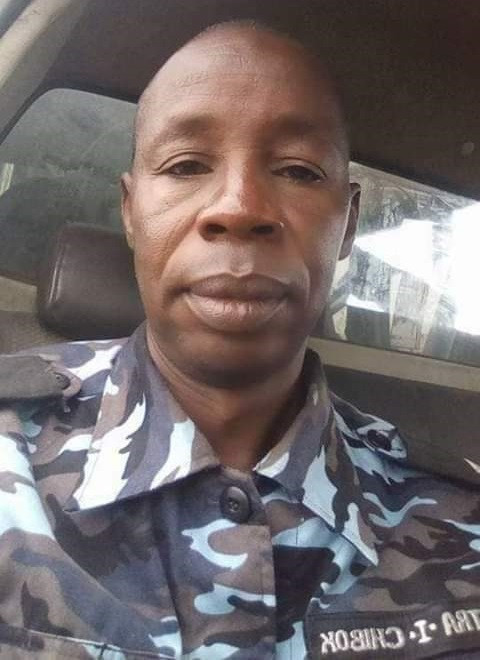 Ibrahim Mitra
Gunmen suspected to be bandits have allegedly shot dead a police inspector identified as Ibrahim Mitra at Bangi, in Mariga Local Government Area of Niger state.
The sad news was made public by his friend, Mustapha Ibrahim who revealed that the incident happened on Sunday, February 16.
The deceased, according to him, was recently deployed to the area.
He described late Mitra as "one Fine Police Officer. Very professional, articulate unbiased and intelligent" in a Facebook post.
"I'M IN MOURNING
Yesterday Sunday, 16, February 2020 is one day too I will hardly forget in my life. A phone call came in, I picked and the next thing I heard was Inspector Ibrahim Mitra is shot dead by bandits at Bangi. I almost drop my phone in shock.
Mitra is one Finest Police Officer that I have come very close to. Very professional, articulate unbiased and intelligent.
Last week, when we spoke he told me that he was redeployed to that Bandits infested area of Bangi, all I do was to prayed to God to protect him.
Then yesterday's news. I felt highly devastated. I felt cheated. I felt abandoned. For those of us who live in Minna and knew how he was controlling the criminals within the Tundun Wada Area will know of his professionalism
May the soul of Inspector Ibrahim Mitra rest in peace.
I m in mourning." 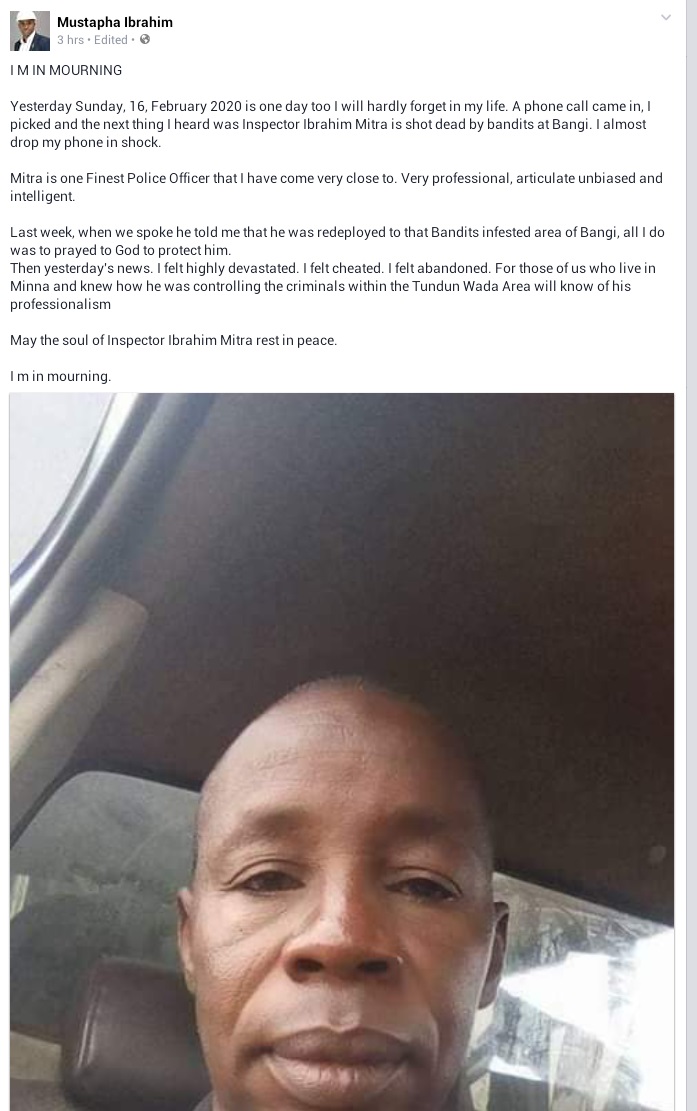