Terrorists belonging to the Islamic State of West Africa Province (ISWAP) have stormed a village in Chibok before kidnapping head of the CJTF in the state. 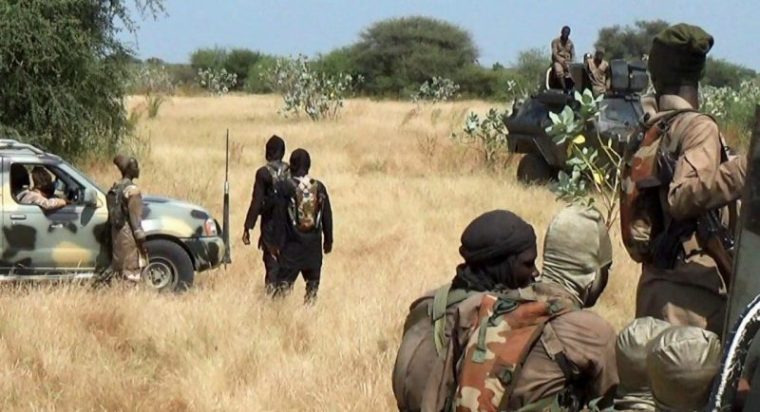 ISWAP terrorists
The head of the civilian joint task force (JTF) in Bambula community in Chibok local government area of Borno state identified as Mohammed Abba has been abducted by suspected members of the Islamic State of West Africa Province (ISWAP).
A report by TheCable revealed that the insurgents attacked the community around 4am on Wednesday when most of them were still asleep, a resident told TheCable.
Abba, the source said, had been the insurgents’ target since he refused to get compromised.
The head of the civilian JTF was abducted alongside many others who are yet to be identified.
The civilian JTF is a vigilante group created to assist the military fight insurgency in the north-east.
“The sporadic gunshots woke us, and everybody started running to safety,” the resident said.
“The insurgents came in through Ajigum Talala, a part of the forest where ISWAP has a strong unit. They headed straight to Abba and took him. They have been warning him before but Abba refused to cooperate with them.
“They abducted many others who couldn’t run. They also burnt down some properties including a vehicle belonging to the community head.”
The attack comes a week after the insurgents attacked Korongilum in Chibok, setting many houses on fire.
Sagir Musa, army spokesperson, could not be reached for comments.
TheCable, however, understands that soldiers have moved to the area.
Top Stories