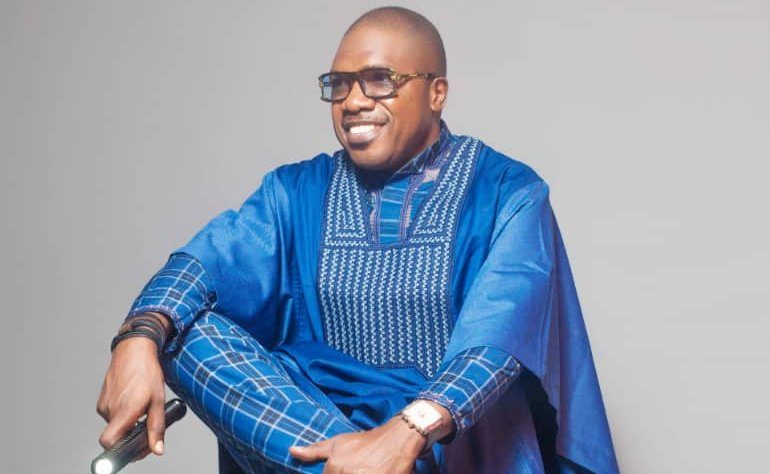 Nigerian musician star, Zaaki Azzay, is recognised as one of the pioneers of Hip-hop music in Nigeria.

The Benue State-born singer who began his music career in 1993, shot into limelight after he released his 1996 hit song ‘Na Me Go Marry Am’.

He followed up with other hits like ‘Catch fire’ which featured eLDee and ‘Maata’.

Here, the torchlight-bearing artiste speaks about his career and the shocking realities of the Nigerian music industry of today.

PT: If you could begin your career all over again, what will you do differently?

ZAAKI: I went on a three-year music hiatus and traveled out of the country without dropping any song. That was not a good idea. If I am to do something differently, I won’t just go off completely and not release any song at all. I will still do at least one song.

PT: Why do you think 2baba has remained one of the most relevant Nigerian musicians in your era?

ZAAKI: I call him the ‘hand of God’ because he is very talented and hardworking. I don’t assume he has an era because in the whole entertainment industry if you want a good musician, I think 2baba still remains number one before any other artiste.

When the musicians who seem to be on top now last as long as 2face has lasted, we will see how they will be. For me, 2baba is still number one.

ZAAKY: I was actually planning to remix it before my issue with Sarkodie and Mr Eazy came up. We had even discussed, we were already getting the beats out and I had the tune.

I will still do it, we will still go ahead with the remix but we just want you to know that we decided to suspend it for a year or two before we do it again.

PT: So when you eventually remix the track, which artiste would you like to feature?

ZAAKY: For now, I am looking at featuring Timaya on that song because he is one of the artistes who has done well for himself and I have a lot of respect for him.

PT: What are your thoughts on President Muhammadu Buhari’s leadership and the state of the nation generally?

ZAAKI: To be honest with you, when President Buhari assumed leadership and some things were happening and looking irrational, I was a bit unhappy with his government. But I must confess, I have changed my mind about it.

Nigeria has gone bad for too long and to fix Nigeria, is not a day’s job. Drastic action and measures must be taken. I disliked Mr Buhari’s government in the past but right now I think his government is the right government at the right time for now.

PT: Do you think music is your calling?

ZAAKI: Well, I think it is my calling. You can’t jump into something because of money. I keyed into it because I have a passion for music.

PT: How would you rate the Nigerian music industry of today?

ZAAKI: When I started doing music, Nigerians didn’t even appreciate Nigerian music. It was 95 per cent western, American songs they listened to, but today Nigerian music is even dominating the whole world.

In the past, I traveled abroad once a year to perform, but right now I travel every month to perform abroad. So it’s different today because the demand is higher and the music is definitely better. We no longer have Nigerian music but international music.

PT: Are you impressed with the quality of Nigerian musicians today?

ZAAKI: I think they are very talented and they are good. However, some of them lack good content in their music and have nothing meaningful in their lyrics. Musicians are actually meant to be good ambassadors.

PT: Lyric-wise, how has your industry fared?

Not many know these musicians are actually using music to cover up for their drug businesses. That is the major issue for us because those who are consuming the music might not know that and it kind of makes it difficult for talented musicians who are supposed to be heard and (are) not heard because they cannot afford to promote their music.

PT: So what does it take to make a hit song in Nigeria today?

Zaaki: Right now, it is not about getting a good song, or whether your video is good or your song is nice. It is not about that anymore it’s about how much money you can spend to promote a song.
Most of the people who have this type of money are into ‘Yahoo’ or blood money. That is the major challenge of the music industry right now. There are a lot of artistes who are making it genuinely, but that is still the major problem.

PT: You have been off the radar for some time. Do you plan to stop music?

ZAAKI: It’s not that I have been off the radar, I have just been busy traveling in and outside Nigeria. If it is in terms of releasing new songs, I have a new song now titled ‘NOTICE’. I’ll release it in April on social media.

We have not officially released it on radio stations and all that. I just took delivery of the video that was shot by Max. Very soon, I am going to start my promotion.

If you are current enough, you will know that I just did a huge event, ‘True Nigerian Award’ and now that the event has ended, I will be available to finish my song.

PT: What was the ‘True Nigerian Award’ all about?

Zaaki: The true Nigerian award is all about Nigerians who are heroes of our time, who are worth emulating and who are role models. It’s actually a TV program which has been running for about fifteen years now.

I started the award five years ago and this is the third edition. It was held in Lagos and I look to hold the next edition in the U.S. America.

It is about appreciating Nigerians who have done well. In the past, recipients of the awards were Bola Tinubu, Aliko Dangote, Davido, Ali Baba and many others.

PT: What informed the decision to carry a torchlight around?

I was praying to God because I was doing a type of music nobody has ever done and would accept in Nigeria. It was critical for me and as I was praying. I remembered, there was a torchlight the security man kept in the room. I picked it and I prayed, “O God, you said we are the light of the world and the salt of the earth, with this torchlight, I am making a covenant that if you make me rich and famous, I will never derail from your way.”

I will carry this torchlight forever to remind me of the covenant that I made with God. People think it’s just fancy, but for me, it reminds me not to go against the will of the Lord in my career.

That is the reason my songs are not vulgar, you can’t see naked girls in my video, it has never happened and you can never see that.

PT: Last year, you alleged that Mr Eazi and Sarkodie copied your song ‘Marry am’.

ZAAKI: I did not allege. They copied it not that I alleged and they agreed that they copied it on social media. They agreed and we have come to terms. Mr Eazi called me and apologised for more than 30 minutes and he said he was going to do the needful.

He (said he) would acknowledge me and discuss the percentage that should come to me which is the normal thing. I don’t think there are any tussles here, my lawyers are talking to their lawyers and we are not talking in court. I don’t think there is any problem between me and Sarkodie and Mr. Eazi.

PT: Which artiste would you like to collaborate with?

PT: People say that Olamide’s songs and lyrics are lewd. Would you still like to do a song with him?

Remember when Olamide did his first song, he used my line ‘I dey catch fire o like Zaaki’? That was when he caught my interest and that was his first song, there was nothing wrong about his lyrics. If he has derailed, fine. As I said, you can’t change them from afar. When we do a song together, we will get close and I will start talking to him and advising him and telling him what to do. You don’t judge people from afar that is my own belief.

PT: In your career as a musician, what will you describe as your biggest regret?

ZAAKI: Do I have any regret? All things work out for good for those of us who trust in God. I don’t think there is any regret.

PT: From your experience, how would you advise entertainers to handle their marriages?

ZAAKI: Well, I have had a bitter experience with marriage. I would advise young celebrities to consider settling down now that their careers are blossoming. If you don’t settle down with the right person, at the end of the day, everything you have worked for, all the shows and business you are looking for and the name will be wasted by your wife or children. So it is very important for every celebrity to marry their life partners.

Don’t just look at the beautiful girl and consider her eligible. It’s very bad for one celebrity marriage to crash because it sets a bad example for a million people. So I think it’s very important that celebrities should marry properly at the end of the day.