As crisis rocks a faction of Boko Haram known as the Islamic State West Africa Province, five rebel leaders have been executed. 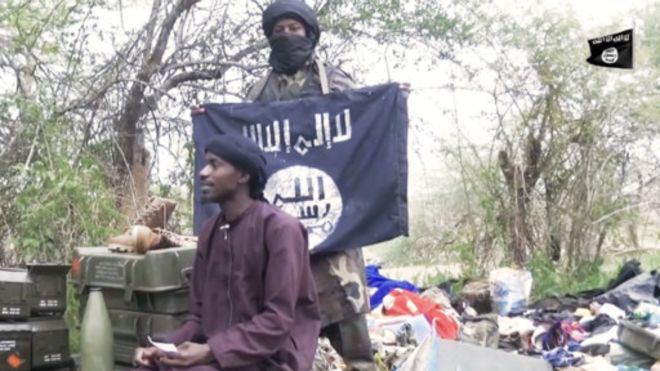 ISWAP new leader executes five
The new leader of the Islamic State West Africa Province, ISWAP, Lawan Abubakar, otherwise called Ba Lawan, is moving rapidly to consolidate his position, by executing five Shura council members (the supreme leadership council of the terrorist group) including the erstwhile leader of the group Abu Abdullahi Umar Al Barnawi, also called Ba Idrisa, authoritative sources familiar with developments around the group said Sunday in Diffa and Maiduguri.
“It is by far the most bloody and extensive move in the history of the group to behead its leadership crop in one fell swoop” researchers and reporters on the Media and Terrorism collaborative project of Premium Times and HumAngle Media Foundation learnt at the weekend, an indication that the regime of Ba Lawan may be paved with blood and pain.
After an early February coup that led to the overthrow of Ba Idrisa, the new leadership detained him together with four members of the Shura who constituted his kitchen cabinet, sources said.
The precise date of the execution is still in contention, but multiple sources familiar with the development said the killing of Ba Idrisa, along with Mohammad Bashir, Mustapha Jere, Ali Abdullahi, and the notorious Baba Mayinta, believed to be the power valve and key behind the throne under the Idrisa dispensation, “definitely triggered the mutiny of Wednesday 26th February into Thursday, 27th February by Ba Idrisa loyalists.
“It is unclear whether the scheme was to create a smokescreen in a process of working to an answer by swiftly ordering their summary execution but a rank of fighting troops loyal to the executed leaders instigated a rebellion against the new leaders, invading the secluded island that serves as one of their main sanctuaries, hoping to free the five men and plot their escape,” our usually multiple sources embedded in the conflicts state, said, claiming there was originally no intention to execute the leaders.
However, in the gun exchange that ensued before dawn on Thursday, February 27, some high-profile leaders became collateral casualties, with Mustapha Krimima, the notable power-behind-the-throne and kingmaker in ISWAP escaping fatality by the whiskers and Abu Musab, a former leader, dethroned in March 2019 and son of late Mohammed Yusuf, founder of Boko Haram, believed to have been shot. As at this reporting time, our sources had no confirmation whether he survived or was killed.
Evidence that the Ba Idrisa faction continue to have significant influence in the group was the forced admission by the Ba Lawan new leadership to address restive loyalists of the five slain leaders that they had been executed because they attempted to escape “to the land of Kufr,” to lead a faction, that planned to undermine the group.
Besmirching Ba Idrisa to advantage, at any rate, is not a particularly difficult task, attentive watchers of ISWAP who point to his relatively liberal disposition tend to agree. The justification for his overthrow, therefore, was merely sold as his gradual drift toward apostasy, his lax admittance for ideological dilution in group rank, as when in cases
where in the past he took no action against communities shielding anti-ISWAP elements or people thought to be spying on ISWAP for government forces.
Traditionally, such power consolidation schema in the rank of the insurgency often heralds a short to medium period of unprecedented violence when the new leadership tries to define its identity, but inside sources and watchers of the recent ISWAP evolution are saying, in the current situation, a far-reaching purge, with its potential for substantial damage to the internal cohesion within the group as well as possible prolonged leadership instability should be expected.
“No question about it, the fighting ranks within ISWAP has become divided, and with
division within the larger group deepening, a major unrest will likely manifest in the coming weeks,” sources knowledgeable about the conflict strongly believe.
The job of the Ba Lawan leadership then is inevitably well cut out for it. Will it produce the skills and resources to reconcile the violent agitation within the group, with the alternative being an untidy splinter into multiple armed gangs fiercely fighting for control of the space within the economically juicy Lake Chad region?
With the current setback for the discreetly clerical tones in the insurgency, to the more brutal, hard-lined combatants, the current programme at consolidating power and wielding the disparate micro terror groups together, inside ISWAP sources believe the region will likely transit to a new season of more ruthless and vicious armed campaign across communities and highways. Moreover, windows of possible negotiations for abducted individuals will likely be more rigid and uncompromising henceforth.
Culled from PremiumTimes
Top Stories