As many as 70 persons have been trapped after a coronavirus quarantine facility collapsed in China. 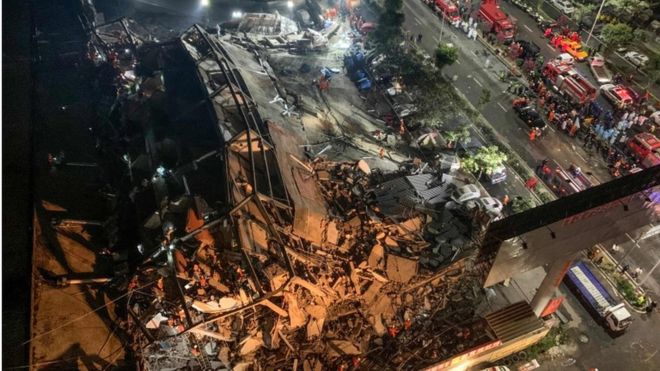 The hotel's facade appeared to have crumbled into the ground, exposing the building's steel frame

A report by BBC has shown that about 70 people have been trapped after a hotel being used as a coronavirus quarantine facility in the Chinese city of Quanzhou collapsed.

About 35 people have been pulled from the rubble of the five-storey Xinjia Hotel, officials say. 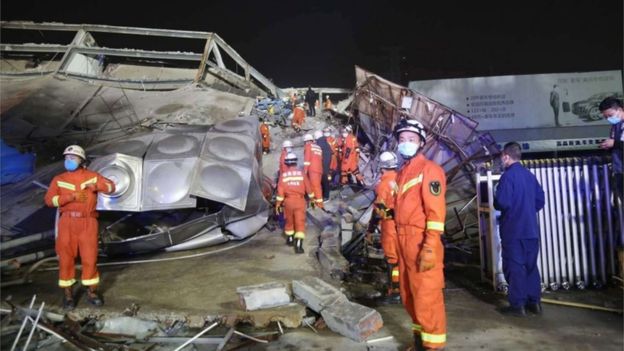 It is not clear what caused the collapse or if anyone has died.

Chinese state media says the hotel was being used as a quarantine facility monitoring people who had had close contact with coronavirus patients.

The hotel reportedly opened in 2018 and had 80 guest rooms. 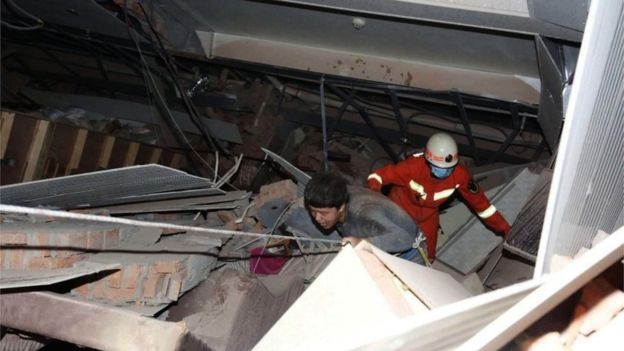 One woman told the Beijing News website that relatives including her sister had been under quarantine there.

"I can't contact them, they're not answering their phones," she said.

"I'm under quarantine too [at another hotel] and I'm very worried, I don't know what to do. They were healthy, they took their temperatures every day, and the tests showed that everything was normal."