Unbelievable! Woman Sneaks To Her Backyard, Sets Herself On Fire In Jos


In what will come across as a really startling development, a woman has set herself on fire in Jos. 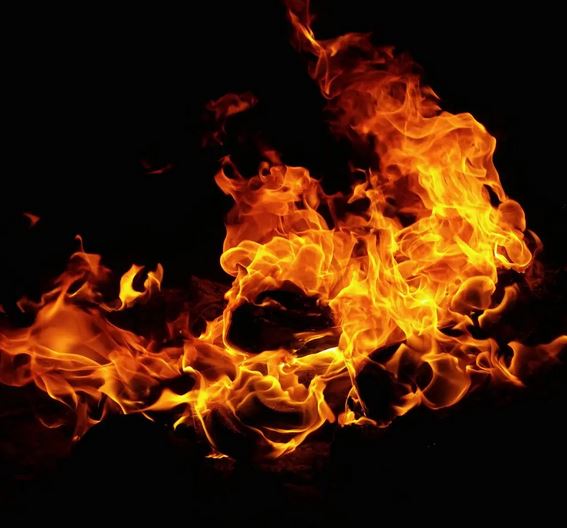 Gadi who was in her mid thirties, killed herself Thursday night.

An eyewitness, John Fara, told News Agency of Nigeria (NAN) on Friday that about 8pm, the deceased sneaked to the back of their house, poured kerosene on her body and set herself on fire.

The neighbour recalled that he saw a huge fire burning but thought someone was burning trash.

“Then I heard someone scream once and said ‘I am dying’, and I quickly went behind to inquire what was going on and discovered someone was burning in the fire.

“Immediately, we brought water and poured it on her, but it was already too late, she was badly burnt all over, but she was still alive.

“Her family members quickly rushed her to the hospital but was later confirmed dead.

“Only God knows why she committed the act, because we all saw her going about doing her normal duties during the day,” Fara said.

Sources told NAN that the deceased returned to the country some years back after living abroad for some time and seemed to have suffered some kind of depression.

Police Public Relations Officer (PPRO) of the Plateau Command, ASP Ubah Ogaba, said the incident “has not yet been reported to us, but we will investigate it to ascertain the cause”.