Panic As Three-Storey Building Marked For Demolition Collapses In Enugu


A three-storey building which was marked for demolition last year in Enugu state has collapsed. 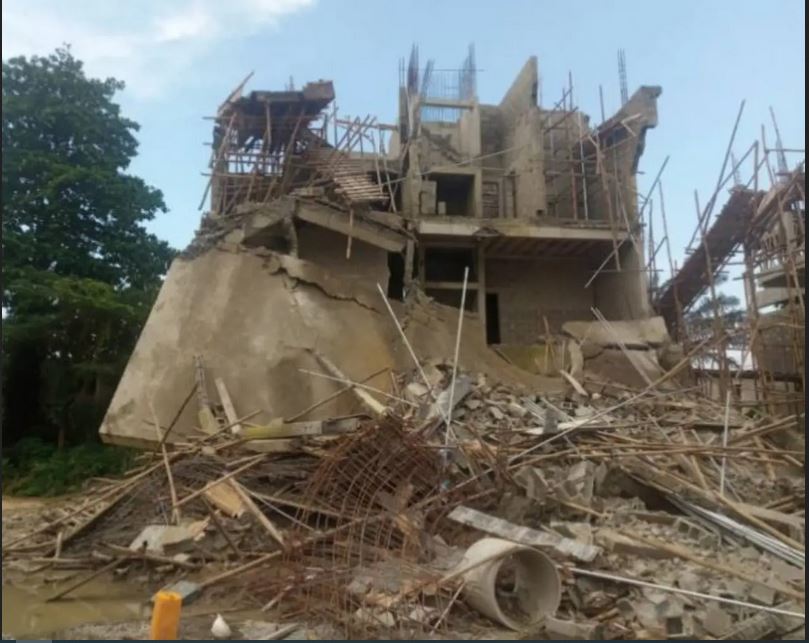 A three-storey building marked for demolition by the Enugu Capital Territory Development Authority (ECTDA) has collapsed.

Though there is no record of casualty yet, it was gathered that the collapsed three-storey building was one of the buildings the ECTDA had marked “Stop-Work” since last year November.

A source hinted that “the ECTDA does not issue approval at Olympic Layout where the building collapsed.

“It would have demolished the property last week but suspended action in compliance with the lockdown and other proactive safety measures aimed at containing the spread of COVID-19 in the state.”

Meanwhile, the ECTDA, FRSC, Fire Service and Red Cross officials are said to be on ground at the site for rescue operations.