The passengers, who were flown into the state by two pilots through the Air Force Base, Port Harcourt, were arraigned in court on Wednesday. 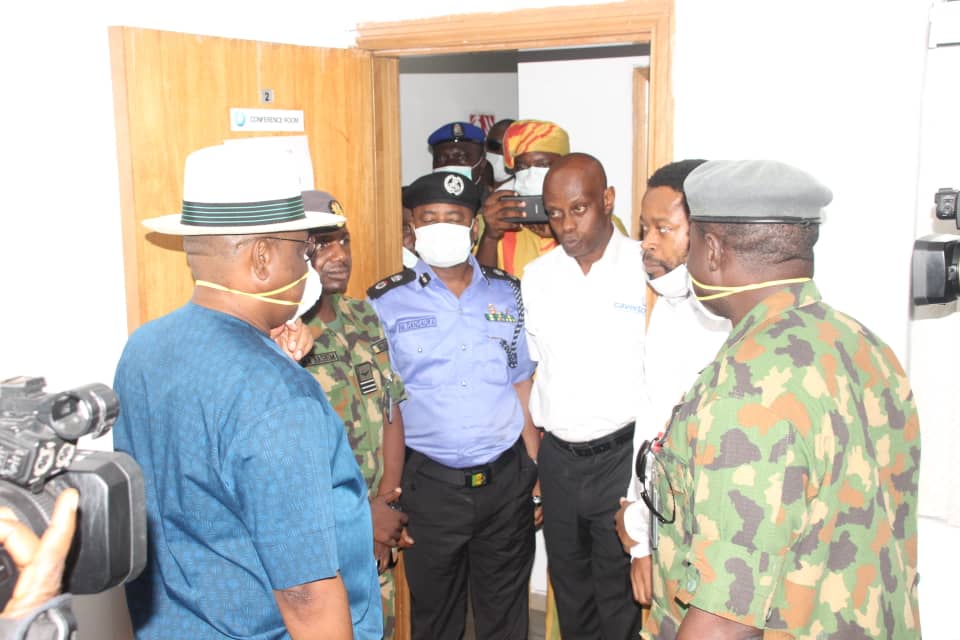 According to The Nation, the Chief Magistrates Court sitting in Port Harcourt, Rivers State, has remanded the 10 passengers of the Twin-Otter Caventon Helicopter following their arraignment by the police.

The passengers, who were flown into the state by two pilots through the Air Force Base, Port Harcourt, were reportedly arraigned before Chief Magistrate D. D. Ihua-Maduenyi on Wednesday.

They were accused of contravening paragraph eight of the State’s Executive Order, which closed all borders as part of the ongoing measures to contain the spread of the Coronavirus pandemic in the state.

The defendants, were arraigned on four-count of conspiracy and disobedience to lawful order.

Though they pleaded not guilty to the charge, the court remanded them in any government facility to enable medical personnel determine their COVID-19 status.

The prosecution team is lead by the state’s Attorney-General and Commissioner for Justice, Prof. Z. Adangor.

The court on Tuesday remanded the two pilots that brought them in prison custody, for allegedlydisobeying the Executive Order issued by the Rivers State Governor, Nyesom Wike.

The court remanded the two pilots in the Port Harcourt Correctional Centre till May 19, 2020 when their trial would commence and also ordered that COVID-19 tests be carried out on them to ascertain their status.