Nigeria's Secretary to the Government of the Federation has said he is shocked at the level of the country's health infrastructure. 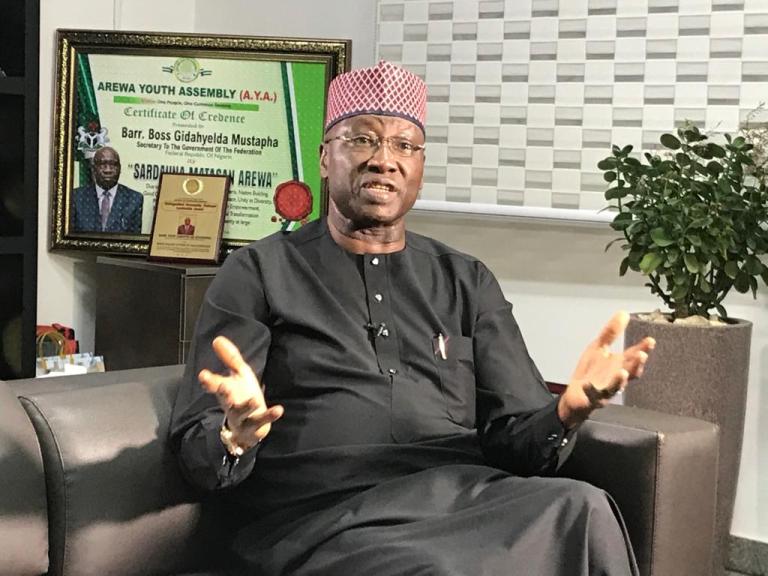 Secretary to the Government of the Federation (SGF), Boss Mustapha.
The Secretary to the Government of the Federation, Boss Mustapha, has expressed shock at the poor state of Nigeria’s healthcare infrastructure.
Mr Mustapha, who is also the chairman of the Presidential Taskforce (PTF) on COVID-19, said he realised how bad it was, after he was appointed to head the team. He made this known during a meeting with the leadership of the national assembly on Thursday.
“I can tell you for sure, I never knew that our entire healthcare infrastructure was in the state in which it is. Until I was appointed to do this work,” he said.
While he noted that the pandemic has provided the opportunity to examine the state of the national health care systems which is in dire need of reforms and funding, he said the weaknesses in Nigeria’s health systems became more glaring given the way more established health systems in Europe and America collapsed under pressure.
He, however, assured that there are plans to lay a legacy foundation for the immediate, medium and long-term development of the health system in the wake of the coronavirus pandemic across the country.
To this end, he said, the taskforce has proposed to utilise the resources being mobilised in a “strategic manner.” This includes:
Direct development and delivery of critical infrastructure to states by donors; direct procurement and delivery of personal protective equipment and other critical equipment by donors; deployment of rapid response teams to states for capacity building and support; and expansion of the testing capacity in the country.
Mr Mustapha added that for transparency and accountability, the taskforce will not be directly involved in the collection and disbursement of the cash donations for COVID-19.
“The Accountant General of the Federation has already published the account details for collection through some commercial banks and also provided the modalities for its utilisation. All the main COVID-19 accounts shall be domiciled in the Central Bank of Nigeria.
“However, all non-cash donations shall be duly received by the PTF, acknowledged, documented and appropriately deployed,” he said
Top Stories