Davido has been exposed as a clout chaser who used his girlfriend to make headlines. 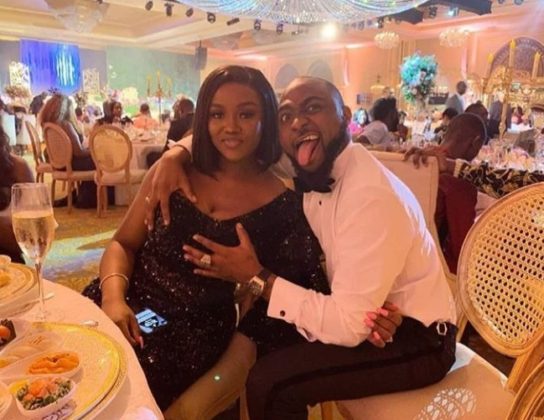 Davido and Chiome
A Twitter user has accused Davido of always wanting to trend, saying that Chioma never tested positive for coronavirus.
The lady, identified as Timmie on Twitter accused Davido of being a ‘petty clout chaser.  She claimed that Davido’s fiancee, Chioma is well and hearty.
According to Timmie, Davido only used her as a bait to be on the headlines and trend in all media platforms. She further attacked the singer, calling him a petty a clout chaser and a “petty grown up man”.
She wrote on twitter:
“Davido is just a petty clout chaser! Chioma was never positive, man just needed to be on the headlines. What a petty grown up man!!!” 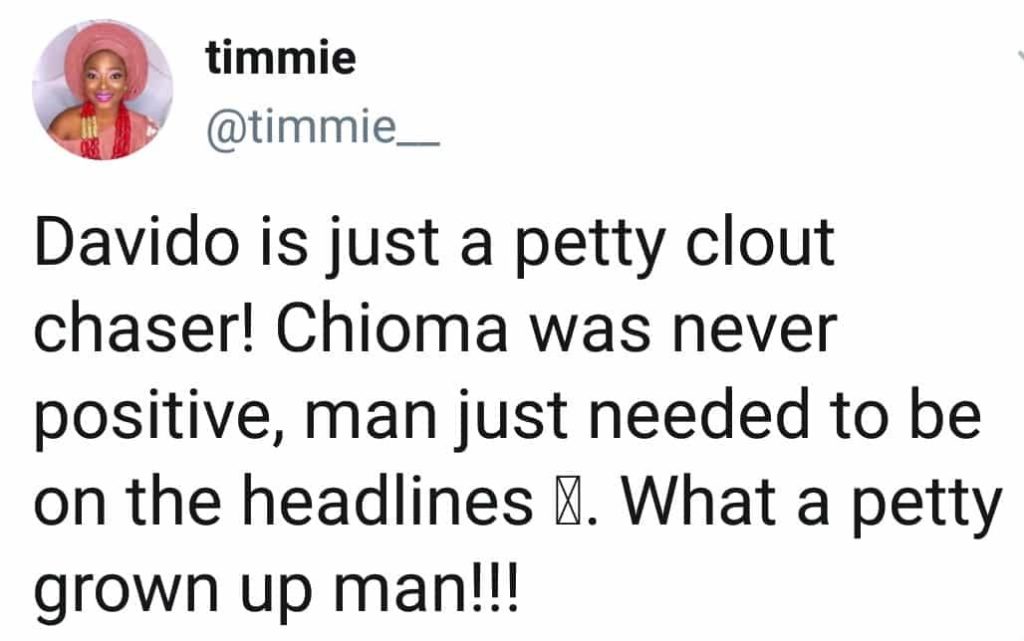