A plumber was attacked by angry residents for allegedly trying to rape a 12-year-old girl at a home where his service was needed. 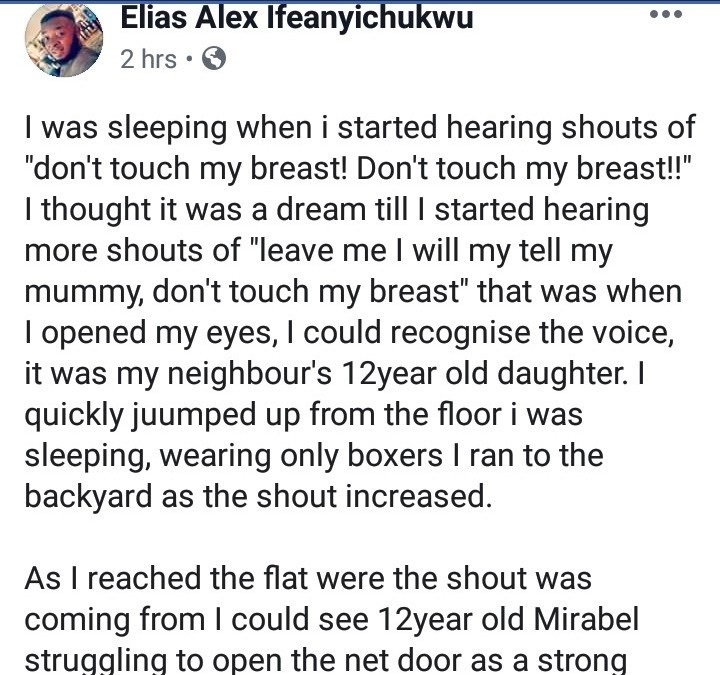 A man has narrated how a plumber was beaten mercilessly for trying to rape his neighbour's 12-year-old daughter.

According to Elias Alex Ifeanyi, he was in his home today when he heard his neighbour's daughter screaming, "Leave me. I will tell my mummy. Don't touch my breast.".

When the cry persisted and he recognized the voice as belonging to his neighbour's daughter, the Facebook user said he left his home and went to the neighbour's flat where he found a man trying to force himself on the 12-year-old girl, even as she made attempts to run from him.

It was discovered that the man is a plumber brought to the home by the child's mother to carry out some repairs.

The mother had left her daughter at home with the plumber while she went to the market with the younger child.

Elias said that, having been caught, neighbours beat up the plumber for trying to molest the child.

As I reached the flat were the shout was coming from I could see 12year old Mirabel struggling to open the net door as a strong male hand kept pulling her back. She fell to the floor as I tried to pry the door open, that was when she saw me and started screaming my name for help, the man in his 30's sighted me and released the little girl trying to compose himself and act like nothing was happening.

Mirabel opened the door and ran into my arms as she was shedding tears, two other neighbours had come out by this time to observe.

Apparently Mirabel's mum had called the plumber to fix their sink, she left Mirabel at home to watch the plumber and took her last daughter to the market.

The plumber seeing he was alone with little Mirabel decided to let his raging hormones override his brain, trying to rape a 12year old girl.

Maybe jungle justice is good but we beat the shit out of the plumber, beat the life out of him.

P.S: this just happened 20minutes ago" 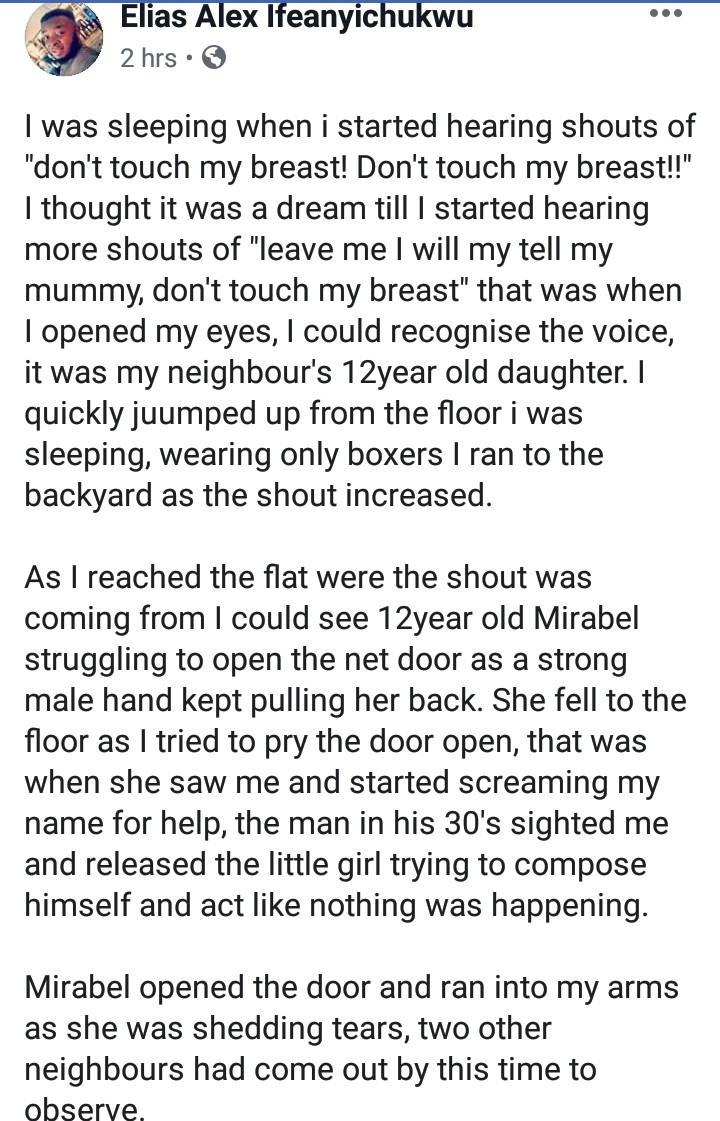 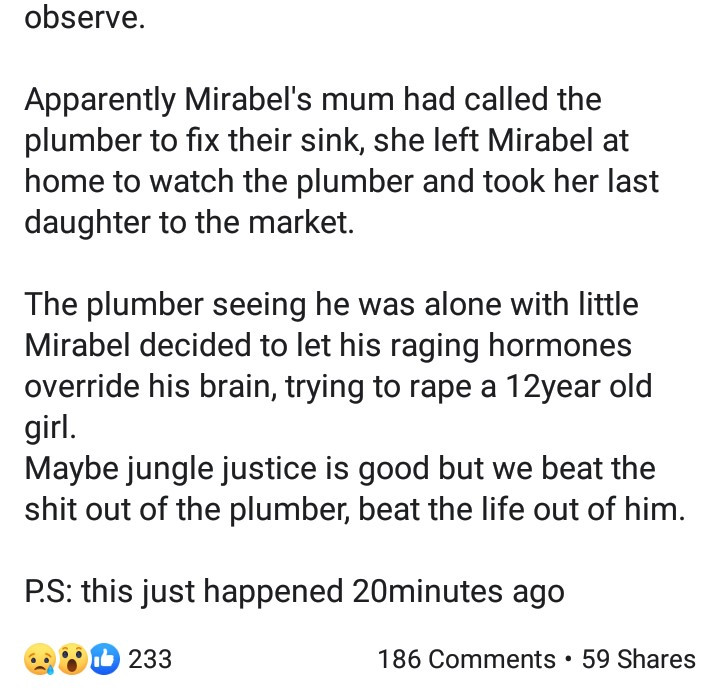