A popular Nollywood actor has begged fans to stop sending him their account numbers for him to credit. 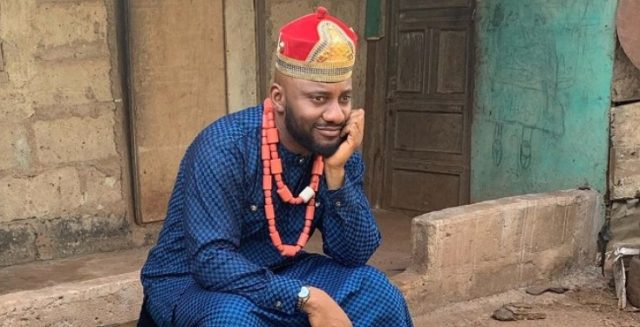 Yul Edochie
Nigerian actor and politician, Yul Edochie has issued a plea to fans begging him for money.
As the hardship continues due to the lockdown, the actor revealed that some fans have been sending him account numbers for him to send them money.
However, the actor took to his Twitter page to beg some of his fans who are still sending him their account numbers so that he can bless them, to stop because as of this moment, he’s not as buoyant.
He went on to say that if they have the implications of him being a rich man like the character he depicts in his movies, they then have the wrong idea.
He wrote on his page:
“Some folks are still sending me account numbers, after 3 weeks of lockdown.
“Come on now guys, na all of us dey the matter oo.
“3 weeks nothing don enter, no work.
“Na for film I dey do money ritual, it’s not real.
“I dey wait for alert from Federal Govt.
“e don red everywhere” 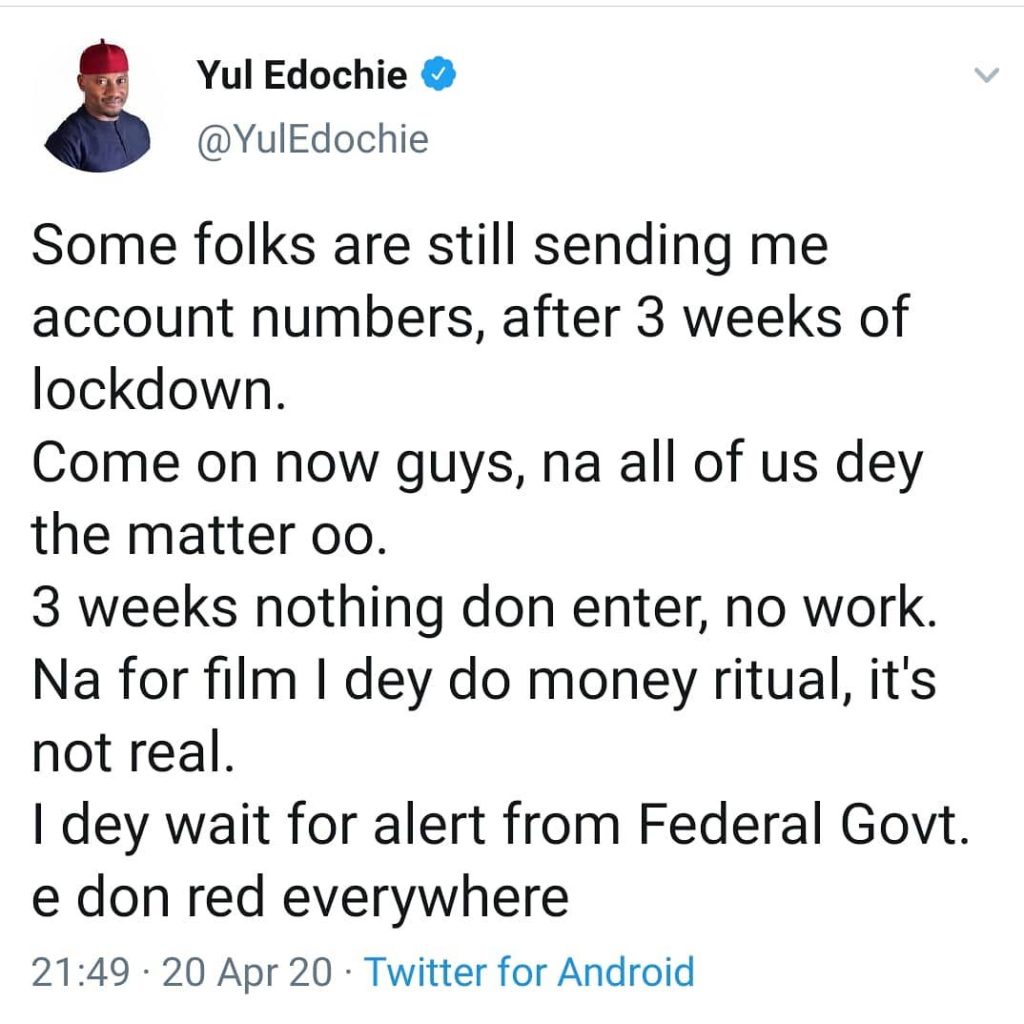