Four armed robbers met their waterloo after they were shot to death by the police during a robbery attack in Lekki. 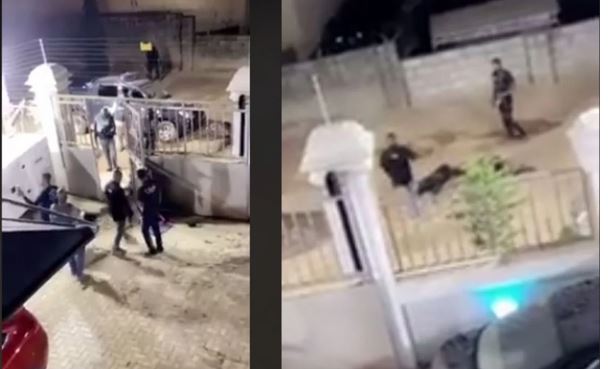 A gang of armed robbers were shot dead by Police officers when they went to rob in an estate in Lekki area of Lagos state.

Unknown to the gang of armed robbers, a senior police officer was in the estate, visiting when they came to rob and he immediately called for backup.

Other officers arrived within a short space of time and neutralized the 5-man robbery gang.

The robbery operation was foiled and four of the men were killed while the fifth, a young man under the age of 20, was shot in the leg. He was used as bait to lure out the rest of the gang.

The surviving robber provided information to the authorities on how the gang members gather information before going on operation.

The moment the Police officers shot some of the armed robbers was caught in a video.

4 men alleged to be thieves shot dead by Police in Lekki. pic.twitter.com/lKRPb0l1oV

Horror! Pastor With His Wife And Friend Die In Fatal Auto Crash In Bauchi
Recent Stories