A controversial pastor who is currently under house arrest for violating the social distancing order has broken the law again after he was spotted holding a church service. 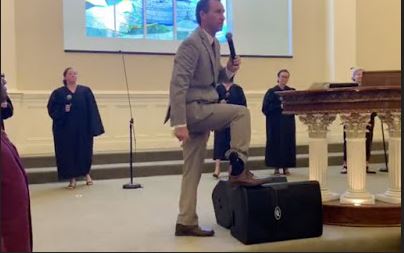 A controversial Louisiana pastor under house arrest for repeatedly defying coronavirus social distancing rules is at it again.

Pastor Tony Spell, who was arrested last month and charged with violating the lockdown order, was nabbed Sunday for holding a service for more than 100 congregants at the Life Tabernacle Church in Baton Rouge  telling them God would protect them from the coronavirus, Fox News reported.

“Shouldn’t nobody be scared right now but the devil,” the defiant pastor says on a live stream of the service posted on Facebook by Central City News. “God gave you an immune system to kill that virus.

“Come out of your hiding, America. Worship like free people.”

Spell was placed under house arrest Saturday after refusing to promise District Court Judge Fred Crifasi that he would stay put and stop holding in-person services.

In another video posted Saturday by Central City News, the pastor signaled his intention to violate the judge’s order, even as he was fitted for a monitoring ankle bracelet.

“America, wherever you are, if I do not do what I’m doing right now, I would have to repent to Jesus Christ for what he did for me,” Spell said on the video, where he is seen at home, sitting on the piano and singing hymns with four other people.

“Tomorrow at 12 o’clock my voice will be silenced for several months,” he said. “You will not hear from me again.”

A man wearing gloves and a face mask then enters the home, has the pastor sign some paperwork, and fits him with an ankle bracelet.

It is not known if he was taken into custody again after violating the order on Sunday. 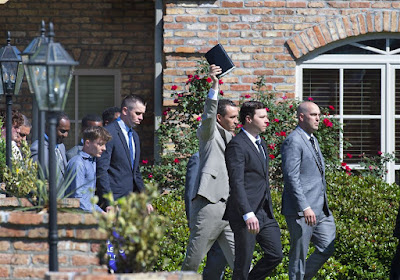 Spell was jailed last week for refusing to abide by Gov. John Bel Edwards’ social distancing order, but was released on a $5,000 bond Tuesday that required him to abide by the order.

The social distancing violations aren’t his only problem with the law, he’s also accused of running over a protestor with a church bus last week. He is charged with aggravated assault with a deadly weapon and improper backing of a vehicle in that case.

Meanwhile his lawyer, Jeff Witterbrink, revealed earlier this month that he had been infected by the coronavirus.