A court in Lagos state has ordered the government of Nigeria to pay N1million to a lawyer. 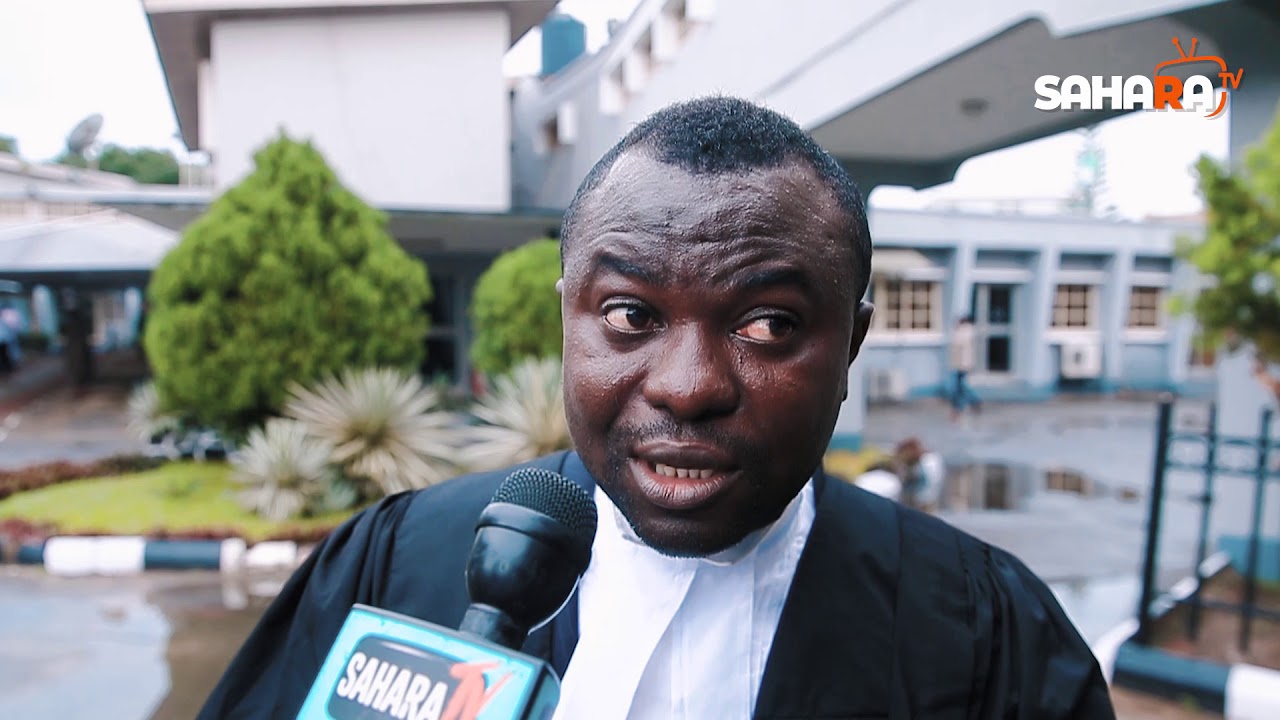 Olukoya Ogungbeje
The Federal High Court in Lagos has ordered the Federal Government to pay one million to a lawyer for using the police to disrupt of the August 5, 2019 #RevolutionNow protest.
The order was given by Justice Maureen Onyetenu in favour of a Lagos-based lawyer, Olukoya Ogungbeje, who filed the suit.
Apart from the N1m award, the court also ordered the Federal Government to tender a public apology to the applicant in three national daily newspapers.
Ogungbeje told the judge that he participated in the #RevolutionNow protest and was, alongside other protesters, tear-gassed by security agents.
Justice Onyetenu upheld his argument that the disruption of the peaceful protest by the Federal Government, through the police, was “illegal, oppressive, undemocratic and unconstitutional.”
The judge agreed with the applicant, who sued on behalf of himself and other protesters, that the Federal Government deprived them of their right to peaceful assembly and association, in violation of sections 38, 39 and 40 of the 1999 Constitution.
The judge also condemned “the mass arrest, harassment, tear-gassing, and clamping into detention” of the protesters.
The nationwide protest was convened by the publisher of SaharaReporters, Omoyele Sowore, who was arrested by the Department of State Services last August 3.
Ogungbeje had urged the court to award N500m as general and exemplary damages against the Federal Government, DSS and the Attorney General of the Federation, but the court only awarded N1m.
The judge also upheld the defence of the DSS that it was not involved in the disruption of the protest.
In the affidavit, which he filed in support of the suit, Ogungbeje said when he was co-opted into the #RevolutionNow protest, as a lawyer, he checked the constitution and found that it was lawful.
He, however, said on getting to the take-off point of the protest in Lagos “I met agents and operatives of the respondents who had barricaded the venue of the peaceful protest for good governance in Nigeria.
“I was tear-gassed by agents of the respondents and the peaceful protest was forcefully disrupted by the respondents.
“I have been denied my fundamental constitutional rights of peaceful assembly and association by the respondents, without cause.”
Top Stories