An elderly man who insulted Pres. Muhammadu Buhari has been sentenced to jail. 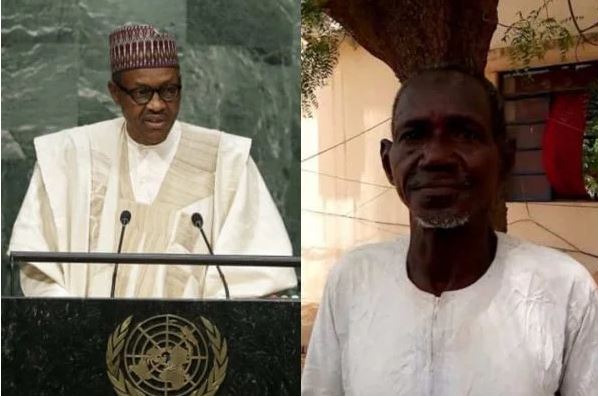 The 70-year-old man, Lawal Izala, who insulted President Buhari and Governor Aminu Masari has been sentenced to jail in Katsina state.

According to reports, he was sentenced to 18 months imprisonment by a court sitting in Katsina State on Tuesday.

As we earlier reported, Izala and two others were arrested last week for allegedly insulting President Muhammadu Buhari and Governor Aminu Masari.

They were arraigned for inciting disobedience to civil authorities and disrespect to authorities through demeaning utterances.

The Katsina court found Izala guilty of two count charges of inciting violence and disrespect for civil authorities, and was sentenced to six months jail term for the first charge and one year for the other charge.

Speaking with journalists, Izala said he spoke out of anger when he visited his village and found out that bandits had killed his family members and rustled 15 of his cows.

The 70-year-old has now been released after some people in the state paid the N30,000 fine on his behalf.