A woman has built a house from the cooking money she saved given to her by her husband. 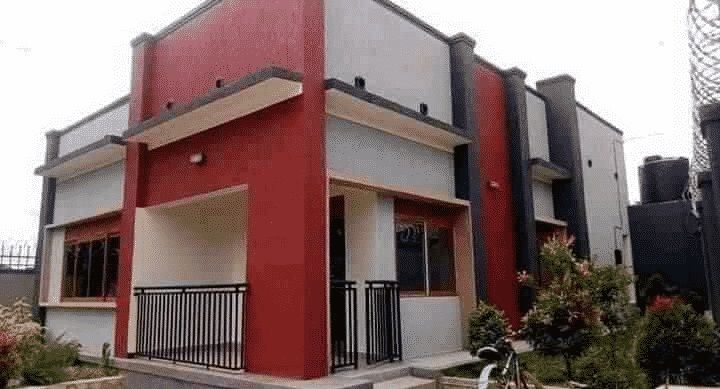 Woman builds house as husband collapses out of joy
A Nigerian man from Kaduna, Joseph Yohana has reportedly collapsed out of joy after his wife, Juan revealed she built a new house with savings she made from money he has been giving her to cook and take care of other domestic needs.
It was gathered that the wife who was worried about her husband’s extravagant spending decided to save up from money he has been giving her and built a 3 bedroom flat with it at the Sabo area of Kaduna State.
When her husband got sacked 3 months after their rent had expired, and had received quit notice from his landlord 6 months after his inability to renew rent, the wife surprised him.
After pressurizing his wife to take him to someone he can borrow money from so as to enable him pay rent, his wife obliged as he drove her in his Camry to go see the said money lender.
He drove according to his wife’s direction only for them to alight in front of the house she built without his knowledge. 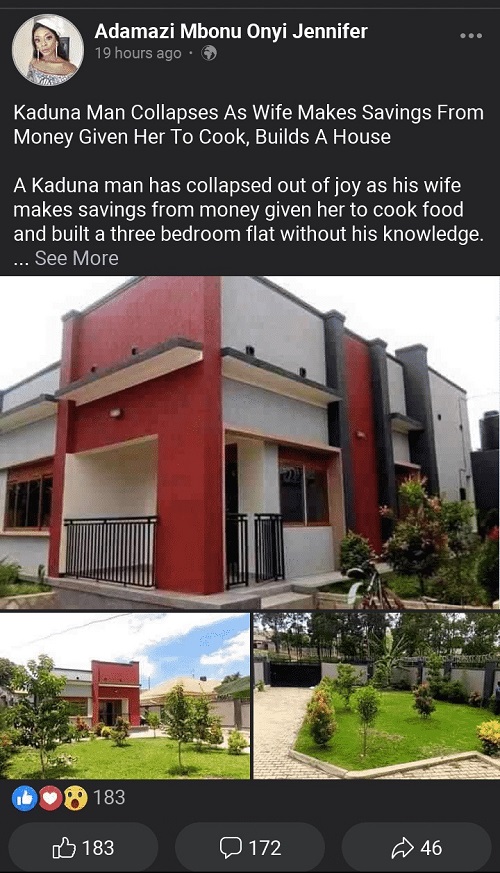 “Who gave you the keys to someone’s gate?” her husband asked when she brought out keys to open the gate.
But the wife remained silent until they both entered the house, and she opened up to her husband;
“I built this house from savings I made out of the monies you give me for cooking and other domestic things.”
Adamazi Mbonu Onyi Jennifer shared the post on Facebook.
According to an eyewitness, miss Agatha, the family has since moved into their new home and are living happily.
Top Stories