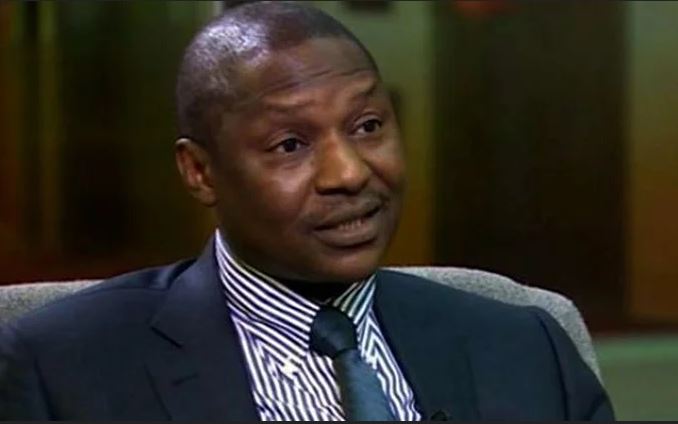 Mr Abubakar Malami (SAN), the Attorney-General of the Federation and Minister of Justice, on Wednesday, defended his labelling of the just-repatriated $311m previously looted by the late Head of State, General Sani Abacha, as ‘Abacha assets.’

The PUNCH had reported that Malami came under criticism on Twitter between Monday and Tuesday for what commentators, including the publisher of Sahara Reporters, Omoyele Sowore, described as the minister’s improper labelling of the proceeds of the looting perpetrated by the then maximum ruler.

But in a statement by his Special Assistant on Media and Publicity, Dr Umar Gwandu, Malami said he deliberately referred to the funds as ‘Abacha assets’ because it had been repatriated to Nigeria and qualified as Federal Government’s assets.

Describing the criticism of his reference to the funds as ‘Abacha assets’ as a needless media hype, Malami urged Nigerians to focus on the utilisation of the funds for public good.

He stated, “The office (of the AGF) maintained that the choice of words was deliberate.

“It is to be noted that by way of antecedence that Attorney-General of the Federation and Minister of Justice, Abubakar Malami, SAN has been consistently describing the recovered funds as ‘Abacha loot’ at several fora during the process of recovery of the looted funds, particularly before the eventual repatriation of the funds.

“The point needs to be made that when the seal of legitimacy was appended to the funds by way of repatriation, it became an asset in favour of the Federal Government as a beneficial owner of same.”

He added, “Beyond the issues of verbal dexterity and vocal acrobatics, Nigerians should focus more on effective utilisation of the recovered looted funds in accordance with the content of the signed tripartite agreement in the interest of the Nigerian public.

“It may interest the general public to note that there is a unit called Assets Recovery and Management Unit at the Office of the Attorney-General of the Federation and Minister of Justice.

“The use of the word ‘assets’ in relation to the post-recovery of looted assets is to qualify same as Federal Government assets.”

Malami had in his tweet on Monday announcing the repatriation of the $311m from the United States of America and Bailiwick of Jersey, referred to the funds as ‘Abacha assets’.

This infuriated some Twitter users who contended that the description of the funds as ‘Abacha assets’ could imply that the funds might be returned to the Abacha family.

But Malami insisted that the money would be expended on identified infrastructural projects as agreed in the tripartite contract between the governments of Nigeria, the US and Bailiwick of Jersey, before the repatriation of the funds.