There Is A Fresh $319m Abacha Loot In UK, France - America Reveals


The US Embassy in Nigeria said in a statement on Wednesday that there is $167m in stolen assets in France while there is a separate $152m in the UK which is being challenged in court. 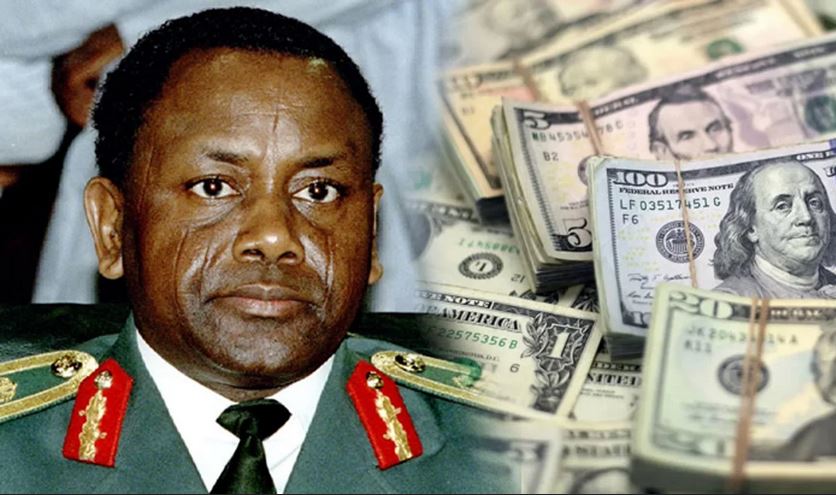 Barely a week after helping to repatriate $311m (N118bn) stolen by the late Head of State, Gen. Sani Abacha, the United States says there is a separate $319m (N121bn) Abacha loot in the United Kingdom and France.

The US Embassy in Nigeria said in a statement on Wednesday that there is $167m in stolen assets in France while there is a separate $152m in the UK which is being challenged in court.

Bloomberg had reported that the repatriation of the $152m (now $155m due to interest) to Nigeria is being challenged by the UK and the US because of alleged plans by the Nigerian government to give $110m out of the money to Kebbi State Governor, Atiku Bagudu, a known associate of the late Abacha.

Nigeria is seeking the approval of a UK court to take ownership of the assets before returning 70 percent of the proceeds to Bagudu under the terms of a 2018 deal, according to Bloomberg.

Nigeria’s Attorney-General, Abubakar Malami (SAN), has, however, denied ever entering a deal with Bagudu but court papers say otherwise.

The UK government’s National Crime Agency is also “opposing the Federal Republic of Nigeria’s application,” according to a motion filed by Bagudu’s brother, Ibrahim, to the District Court for the District of Columbia in the US capital on March 30.

The US Department of Justice said in February that its Nigerian counterpart is hindering its efforts to recover the allegedly laundered money from the UK.

Bagudu was part of a network controlled by Abacha that “embezzled, misappropriated and extorted billions from the government of Nigeria,” according to the US Department of Justice.

While successive Nigerian governments have repatriated billions of dollars looted by Abacha, who died in office in 1998, the current regime of Major General Muhammadu Buhari (retd.), said it is prevented from assisting America’s ongoing forfeiture efforts by an agreement between Bagudu and a previous government in 2003.

Abacha is estimated to have stolen as much as $5bn during his five-year rule.

That 2003 settlement, which was approved by a UK court, allowed Bagudu to return $163m to Nigeria “without admitting to wrongdoing,” according to US court filings.

Bagudu was elected a senator in 2009 and the governor of Kebbi State six years later.

Meanwhile, the US has said the $311m that was repatriated to Nigeria last week must be used by the Nigeria Sovereign Investment Authority for three infrastructure projects in strategic economic zones across Nigeria, as authorised by the Nigerian government.

The recovered funds will help finance the construction of the Second Niger Bridge, the Lagos-Ibadan Expressway, and the Abuja-Kano road, the US said.

The agreement includes mechanisms for monitoring the implementation of these projects as well as external oversight.