In what will come across as a really shocking development, a nurse has been accused of stealing from a dying COVID-19 patient. 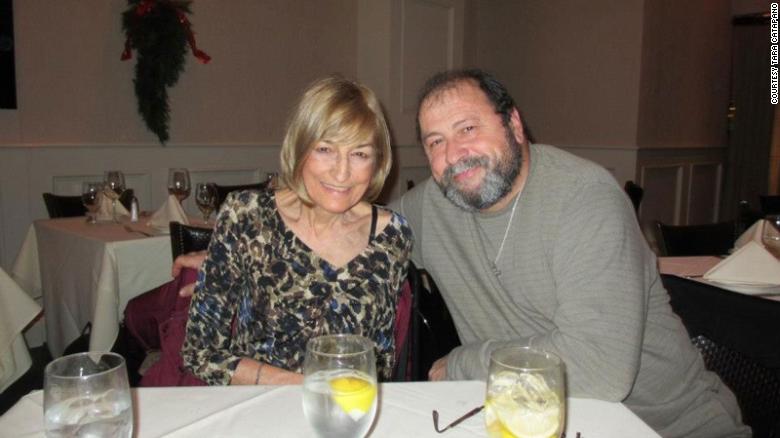 Police say a nurse at a New York City hospital faces charges for stealing a credit card of a former Covid-19 patient while hospitalized, which the patient's daughter says was used for gasoline and groceries.

Danielle Conti, 43, has been charged with grand larceny, petty larceny and criminal possession of stolen property after ringing up charges on two of Anthony Catapano's credit cards while hospitalized at Staten Island University Hospital with coronavirus, according to the New York Police Department.

Catapano, 70, was hospitalized on April 4 after getting sick from coronavirus, his daughter, Tara Catapano, told CNN. He was lucid when the alleged theft occurred and later died on April 12 from complications of the virus.

"I was in shock and disbelief," Tara Catapano said. "Obviously, I knew it had to be a hospital employee because visitors weren't really allowed."

Tara Catapano, who had been paying her father's bills since her mother passed away in 2014, said she normally doesn't track her father's spending closely.

However, after he died and she received a credit card statement for gasoline -- which she said her father always paid for in cash -- she then saw the charge date occurred on April 9, when her father was "in the hospital, literally fighting for his life."

Tara Catapano said the police showed her surveillance footage from a ShopRite of what appeared to be Conti paying for groceries using her father's card.

"They take an oath to protect, not to harm," Tara Catapano said.

Other belongings unaccounted for include her father's eyeglasses, cell phone, cash in the wallet, phone chargers and pictures. It's not clear what happened to those belongings and it isn't certain they were intentionally stolen.

In a statement provided to CNN, Christian Preston, the director of public affairs for Staten Island University Hospital, said Conti, who has worked at the hospital since 2007, "has been temporarily suspended and faces termination in response to the felony charges." He also said the hospital is "working closely with the law enforcement authorities and the hospital is conducting its own investigation."

Efforts to reach Conti were not successful. It was not immediately clear whether she has an attorney.

An NYPD spokesperson told CNN that Conti has been issued a desk appearance, or order to appear in Staten Island criminal court, for sometime in September.

Tara Catapano told CNN she just wants to know why Conti did what she allegedly did.

"I would want to know why she took advantage of my father while he was on his deathbed," she said. "And I would want to know how she would feel if someone did that to a loved one of hers -- whether it was a parent or grandparent. I don't think when people do these things they think of it like that.

"But he is my father, he is a person," Tara Catapano said. "I am disgusted [Conti was] supposed to be taking care of him and instead ... stole from him."