UPDATE: American Woman Who Died In Delta Hotel Where She Lodged With Her Nigerian Boyfriend Did Not Die Of Coronavirus, Government Says


The Delta State Government has said the 67-year-old female American that came to Nigeria to see her boyfriend did not die from coronavirus. 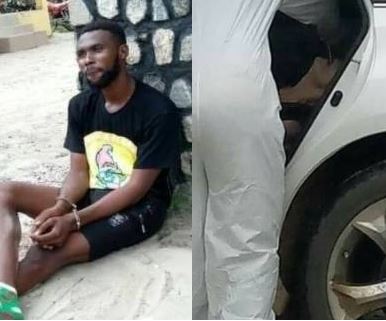 American Woman Who Died In Delta Hotel Where She Lodged With Her Nigerian Boyfriend Did Not Die Of Coronavirus, Government Says

Delta state government has ruled out COVID-19 as the cause of death of the 67-year-old American woman who died on Sunday May 10 at a hotel in Osubi, Orerokpe under Okpe Local Government Area of the state where she lodged with her young Nigerian boyfriend.

The deceased met the Nigerian man on the internet and flew to Nigeria on March 10th to be with him. They lodged in the hotel until on Sunday when she became ill, was rushed to the hospital where the doctors pronounced her dead.

There were speculations she died of COVID-19.

The state government via its Twitter handle, dismissed the claims, saying the test carried out on her showed she was negative for the virus. The boyfriend also tested negative.

''Today, the Commissioner for Health, Dr. Mordi Ononye, announced that the #COVID19 test results of the 67-year old caucasian woman that slumped and died in Osubi, Okpe LGA of Delta State on Sunday has turned out negative.

Dr. Ononye further stated that the young man suspected to be the deceased’s boyfriend also tested negative to #COVID9 as samples of him were also taken for testing.'' the tweet read. 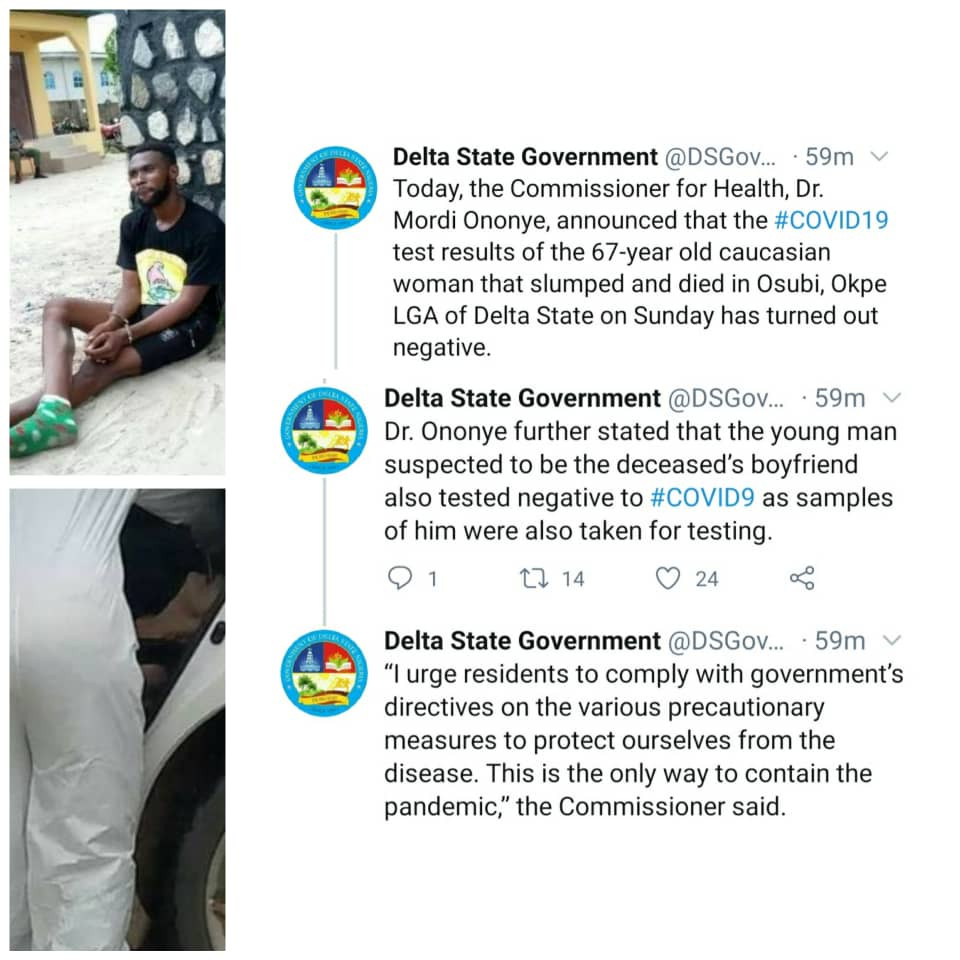