Revealed: See The States In Nigeria Where JAMB Candidates Cheated Most


The states do not refer to the states of origin of the candidates but the states where they sat for the examination. 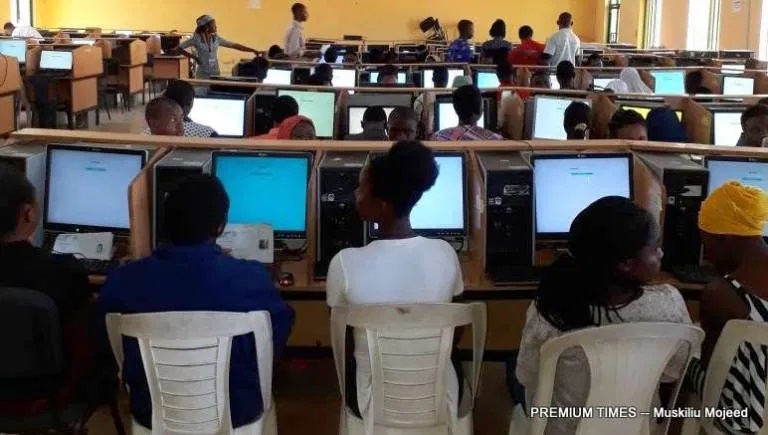 Of the 195 candidates indicted for examination malpractices by the Joint Admission and Matriculation Board (JAMB) on Monday, 102 sat for the examination in six states.

The states do not refer to the states of origin of the candidates but the states where they sat for the examination.

The examination board said in its weekly bulletin released Monday that of the 1,945,983 candidates who sat for the 2020 examination, prima facie cases of examination misconduct have been established against 195 candidates.

PREMIUM TIMES‘ review of the named candidates shows that Imo State has the largest share with 25 candidates sitting for the exam in the state.

Imo is followed by Anambra where 16 of the cheating candidates sat for the exam.

Kaduna, Kano, Enugu, each with 15 candidates, and Plateau with 13 candidates, complete the top six states with highest number of cheating candidates.

On the flipside, Bayelsa, Katsina, Kebbi, Niger, Taraba and Zamfara states all have no candidate accused of examination malpractices.

Adamawa, Gombe, Sokoto and Yobe states have only a candidate each on the list. Benue, Delta and Kogi states have two each.

Analysis of the list by this newspaper also shows that malpractices were rife in the south than the north.

South-eastern states alone have a combined 71 candidates (36 per cent). North-east has the lowest number with nine.

Next are candidates from north-western states who numbered up to 36, and followed closely by north-central states with 30 candidates.

South-western region contributed 26 candidates to the bunch, while south-south accounted for the second-lowest figure of 23.

For all these, names were matched against a number of misconducts, the most common being examination by proxy with 89 candidates being caught in the act.

Other misconducts, according to JAMB, include unruly behaviour which was levelled against nine candidates; double registration by seven candidates; four candidates tampered with exam documents; while three were accused of forceful entrance and a candidate was accused of faking vital documents.

In 2019, no fewer than 100 examination cheats were arrested by security operatives for engaging in multiple registrations to facilitate impersonation during the examination.

The Unified Tertiary Matriculation Examination is a mandatory one-off examination for students seeking admission into Nigerian universities and polytechnics. It is overseen by JAMB, currently headed by Is-haq Oloyede.

Due to widespread “widespread irregularities” during the examination, JAMB introduced the Computer Based Test (CBT) in 2013 as well as the use of biometric capturing, with a series of tweaks over the years.

In the bid to curb examination malpractices, JAMB had also introduced the installation of CCTV cameras in examination centres.

Earlier this month, JAMB announced an interim remittance of ₦3.5 billion to the federal government’s purse after the conduct of its 2020 examination.