Nigerians took to Twitter to drag the Almighty God and blame him for all the bad things happening in the country. 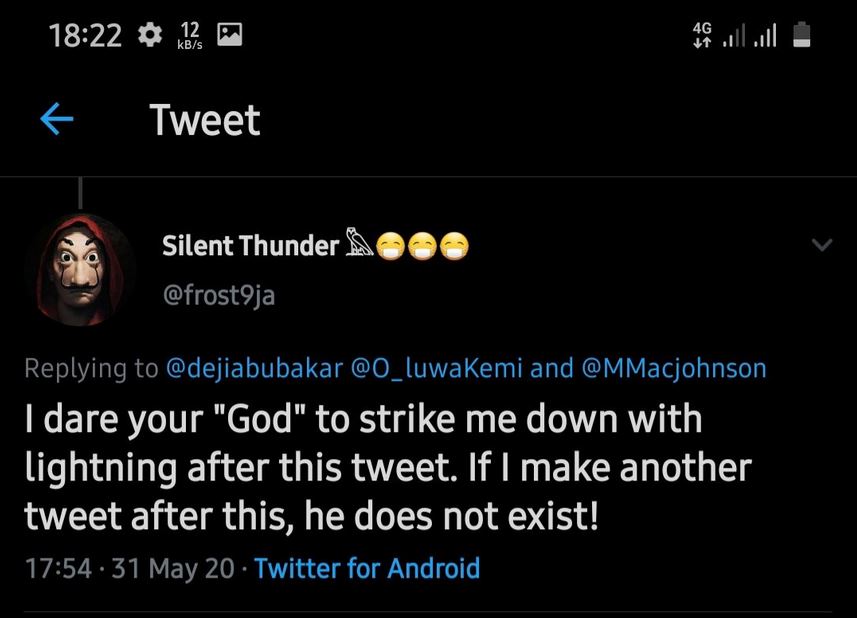 "Dragging God" is trending on Twitter after a number of Nigerian Twitter users took to the platform to blame God for not acting to save Uwa Vera Omozuwa when she was raped and murdered inside a church.

The death of Uwa, a 22-year-old UNIBEN student who went to a branch of RCCG in Benin to read, has angered people.

RCCG released a statement, saying that the church has been closed since the lockdown but Uwa usually collects the key to go into the church so that she can study in private. It was while studying on May 27 that she was attacked, raped, and killed.

Reacting to Uwa's death, the death of Tina who was shot dead by police, and other ills in Nigeria, people put the blame on God and made some statements considered blasphemous. 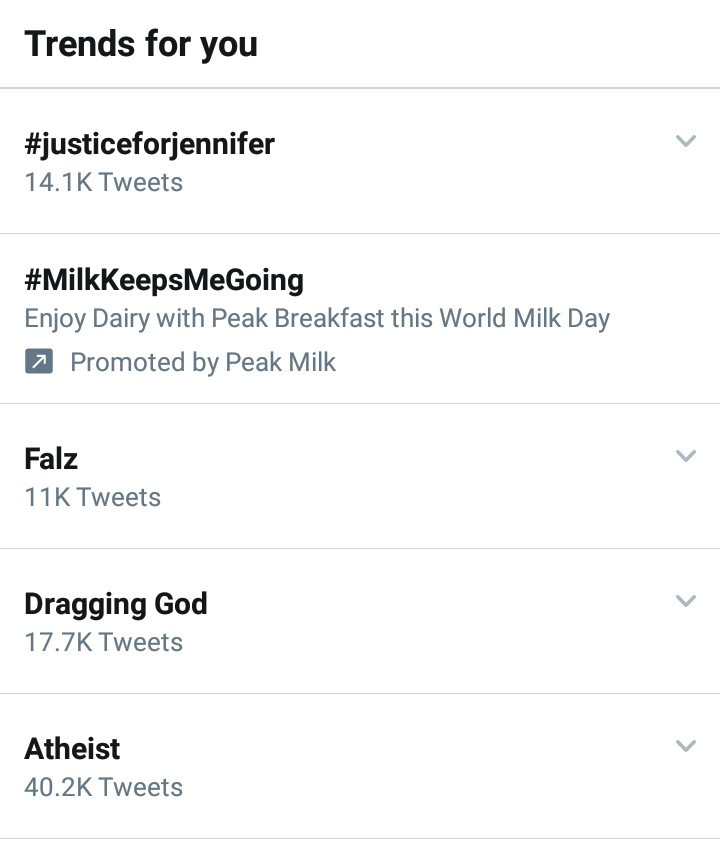 Other Twitter users have cautioned them and asked them to pick their words wisely.

See Some Tweets Below; 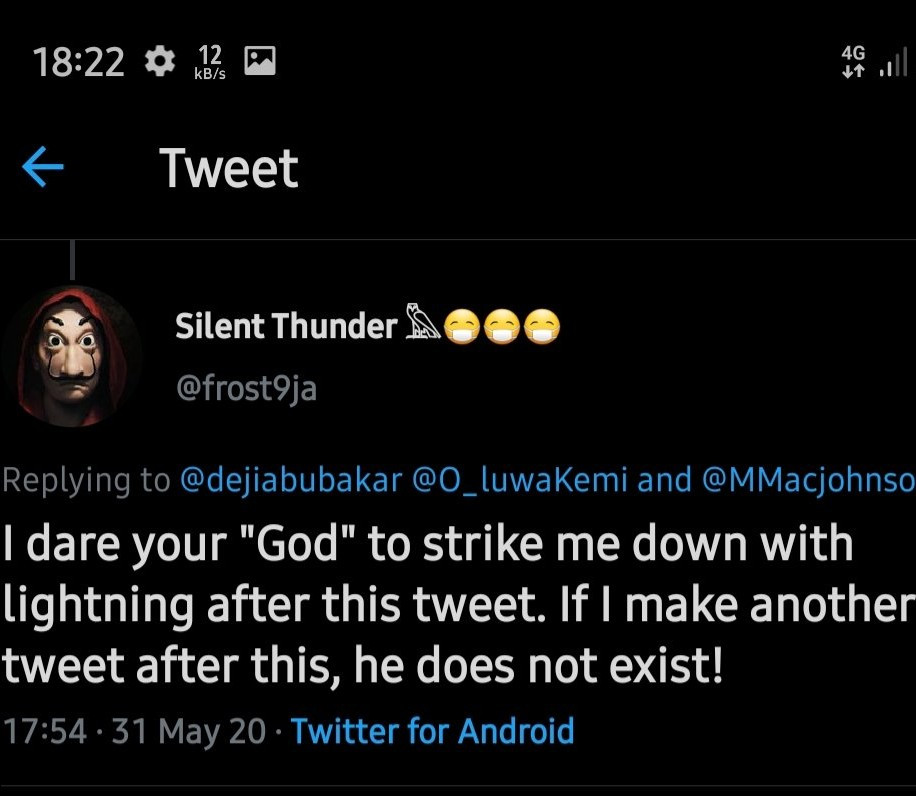 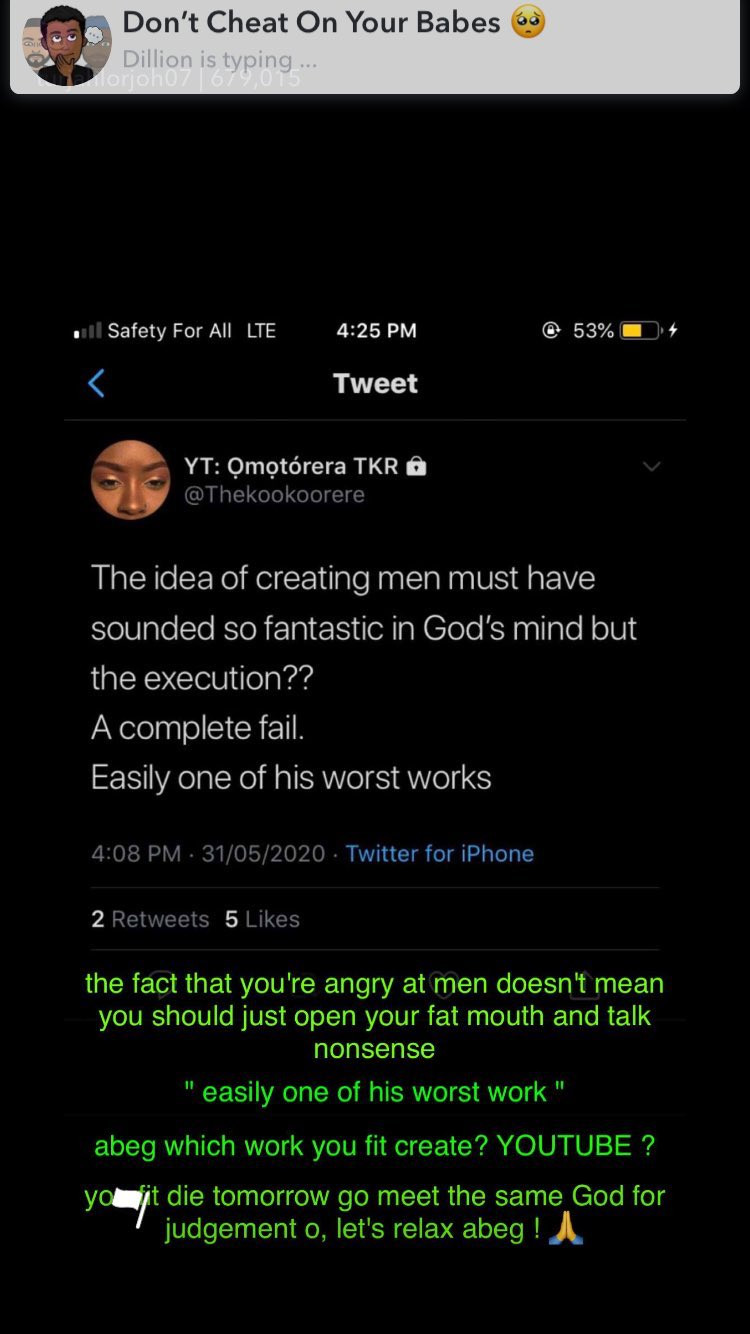 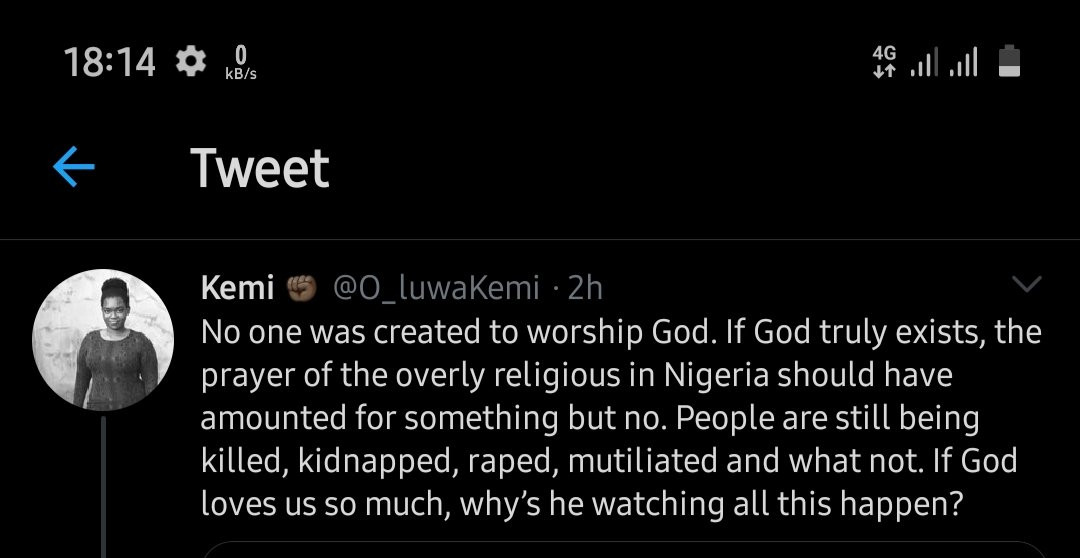 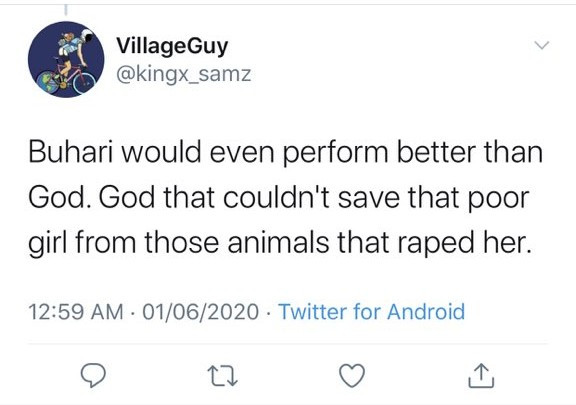 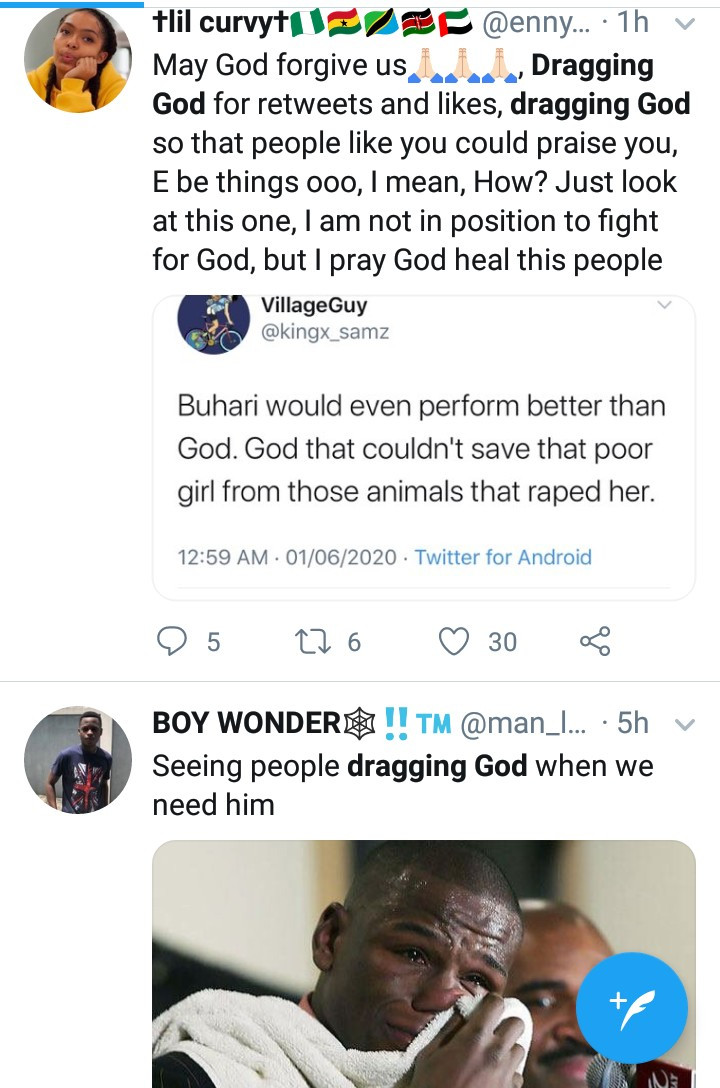 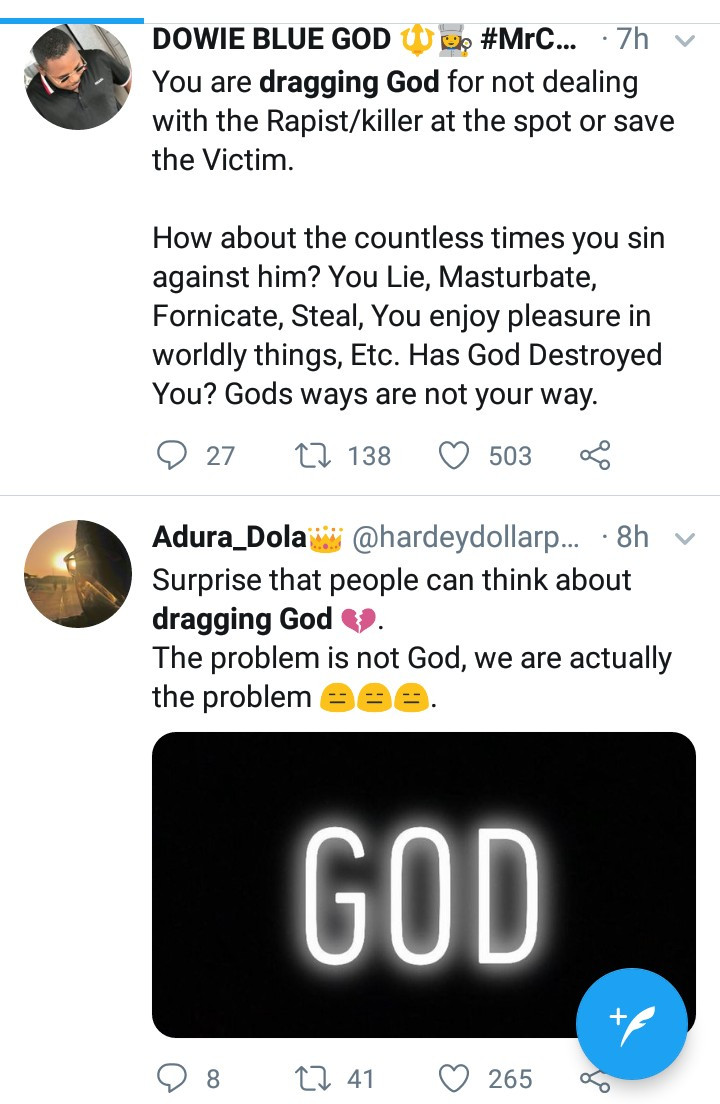 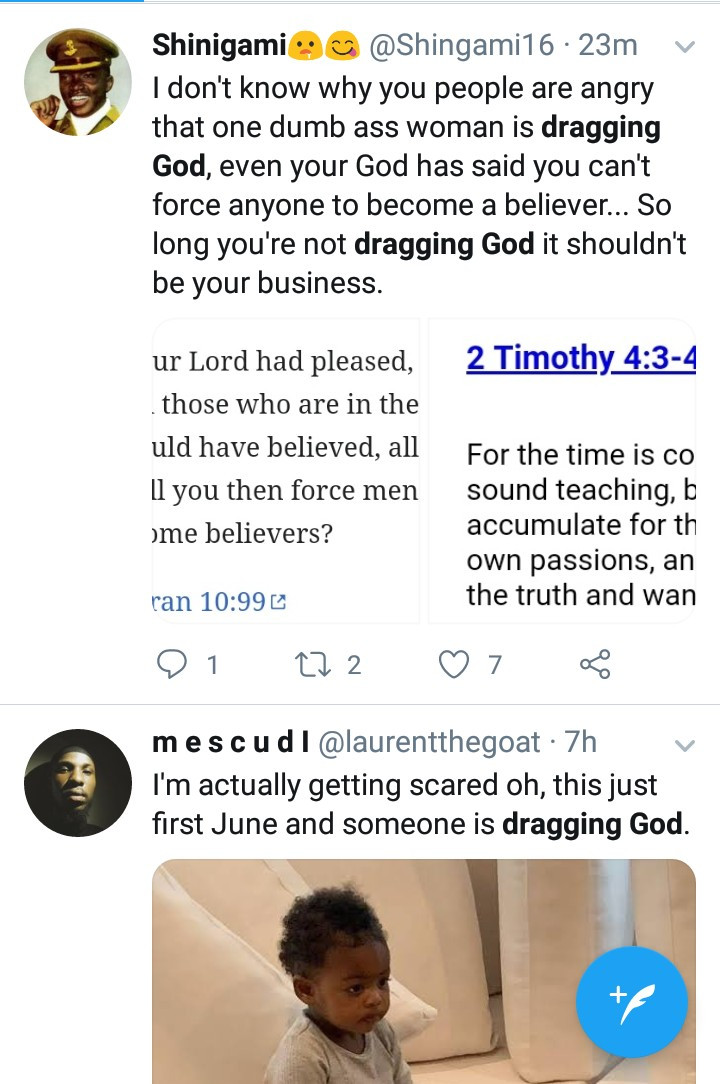